Amanda and Pauline have recently returned from a fieldtrip to Whyalla and Melrose, visiting the Mount Laura Homestead Museum at Whyalla, the Whyalla Maritime Museum and the Melrose Courthouse Heritage Centre.

On the way into town we stopped past the Whyalla Maritime Museum to catch-up with Paul the manager/curator and see the art exhibition he has installed featuring industrial comic-style drawings depicting ship-building at Whyalla during WWII. Paul undertook substantial research to find out more about Bernard ‘Stalky’ Redding, a shipwright by trade who was heavily involved in the Boy Scout movement in South Australia. An unusual and interesting collection, the drawings make a new point of interest at the museum.

At the Mount Laura Homestead Museum we met with Andy and John to talk about plans the museum has for development in the next few years. The museum operates a fairly extensive site, the centrepiece of which is the homestead built in 1922 for a sheep station that was several miles from the township of Hummock Hill (now Whyalla), but also includes extensive agricultural and engine collections, a BHP cottage and telecommunications equipment. One very exciting development for the museum is the soon to be opened new Whyalla City Library, which is being built beside the museum. This co-location is anticipated to bring more visitors to the museum site and also means that museum volunteers will no longer need to do ‘desk duty’ at the museum but will be able to put all their efforts into museum projects.  The museum will also be able to concentrate on moving existing displays from the homestead to other parts of the museum, allowing the homestead to be better represented as the hub of a significant pastoral property in the region.

We also visited Melrose Courthouse Heritage Centre to conduct the site assessment for the museum’sre-accreditation in the Community Museums Program (CMP). First accredited in 1998 the museum has changed significantly since then with a host of interpretive displays and the establishment of an archives, which does a lively trade in family history research. Read more about Melrose Museum in a future news item! 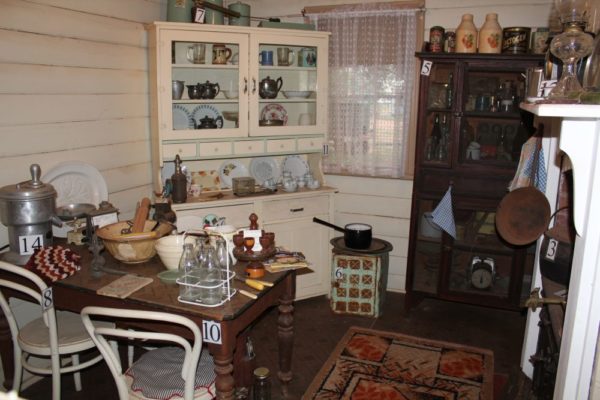