Today I visited the Findon Community Centre to see the exhibition From the Veneto to Frogmore and Findon Roads: stories of Italian market gardeners 1920s -1970s which was launched last weekend.

It’s a great example of a community coming together to create, display and share their history – simply but professionally done.

Consisting of an introductory panel and then a series of 6 storyboards set on 2 simple hinged wooden frames, this small exhibition tells the story of a group of Italian men who migrated from the Veneto region and arrived in Adelaide in 1927.  Within a few years they established market gardens with their wives on Frogmore and Findon Roads and formed a close community of families.

The exhibition was developed by local oral historian Madeleine Regan and the Veneto Community Research Group formed a few years ago.  Since 2007 Madeleine has been gathering oral history interviews with the sons and daughters of the pioneer market gardeners.  Over 25 hours of interviews have been collected and are now held in the State Library of South Australia’s oral history collection.

The exhibition describes life as an Italian migrant in Australia during the 1920s and 30s as well as giving us a picture of ‘Little Italy’ – the market gardens and the glass houses in the Frogmore and Findon Road areas.  Along with text and quotes from oral histories, there are also several images from many of the families’ photo albums.  I particularly like the one of the children riding the Marchiori family’s horse on Frogmore Road in 1946. Difficult to imagine that happening now! 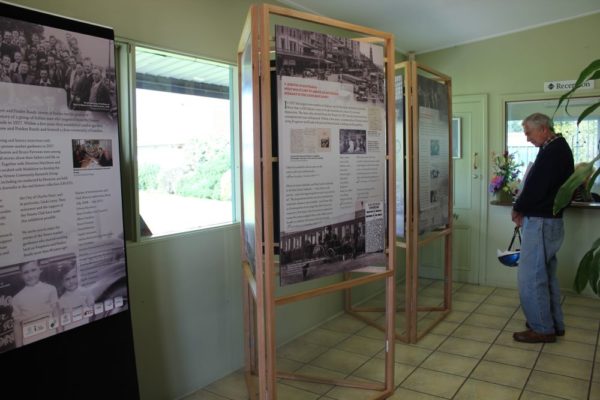