A major new display at Beachport Old Wool and Grain Store Museum fills a gap in the telling of the history of Beachport and the surrounding district.

The display ‘One Land, Two Cultures’ is the culmination of intensive research and consultation conducted over five years by Beachport Museum volunteer Marcia Lorenz. The museum aims to tell the history of the Beachport district but until now the history of the Buandik people has not been told.

The display tells the story of the invasion and settlement of the lower South East in the early 1800s from a European viewpoint and the effects it had on the local Buandik people. Made of canvas panels, ‘One Land, Two Cultures’ includes text,  photographs and artefacts. Many of the images included in the display are from the Les Hill Collection in the Mount Gambier Library. Two grants from History SA’s Community Museums program allowed the display to be professionally designed and produced.

‘One Land, Two Cultures’ was officially opened on 6 August 2011 and attended by around 100 people. At the opening Aboriginal elder Dulcie Wilson spoke about the importance of the display, Major Sumner conducted a smoking ceremony in the museum and display room. The display was officially opened by Mayor Gandolfi and Marcia Lorenz.

‘One Land, Two Cultures’ is to be a permanent display at Beachport Museum. 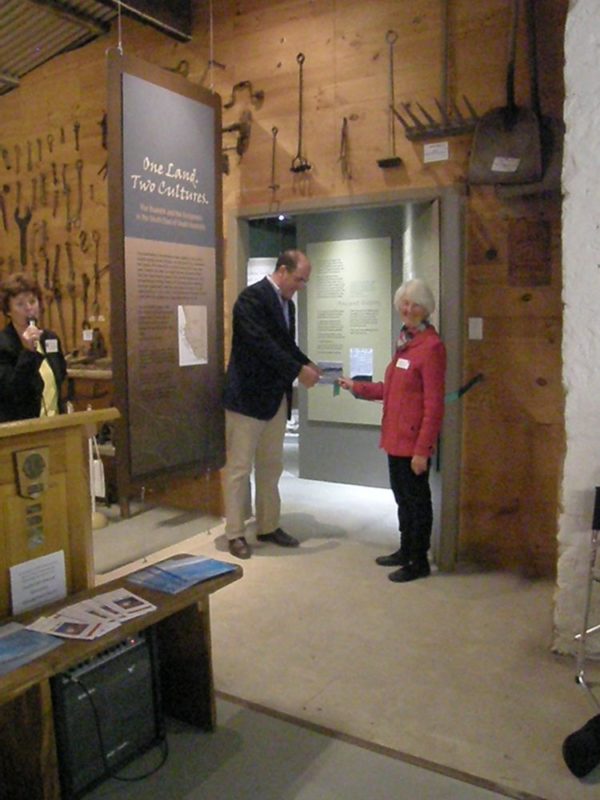