This week I attended the silver anniversary celebrations for the museum along with a large group of museum volunteers, councillors, friends of the museum and former curators.  After drinks and finger food Unley Mayor Lachlan Clyne, spoke about the commitment of council to maintaining the museum, and Anne Milne, president of the Friends of the Unley Museum, spoke about the importance of a museum to a thriving community.  The museum’s current curator, Elizabeth Hartnell, gave an overview of highlights from the museum over its 25 year history and acknowledged the work and commitment of the strong volunteer group who support it.

It was wonderful to see so many happy volunteers and friends of the museum proud of the museum’s milestone.  As one of very few museums in South Australia to have a paid curator it is a credit to the foresight of Unley Council – and the commitment of the community and council over the years – that a curator has been employed for the whole 25 years (not the same person!).  It’s a very successful model for a community museum that unfortunately is not replicated in many other localities in this state.

Over its 25 year history the museum has acquired around 5,000 objects from the local area, which are used in regular changing displays, and well over 5,000 photographs about a variety of aspects of life in the Unley district.

The museum was registered in 1987 and then accredited in History SA’s standards program in 1994.

It was great to be invited to the anniversary do.  Cheers to the museum’s next 25 years! 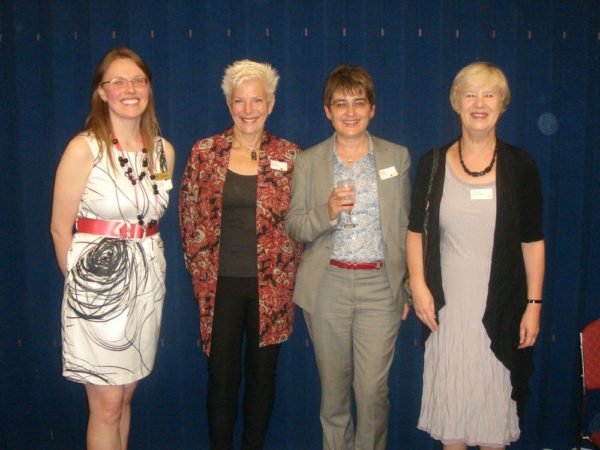