Today I went along to support volunteers Di and Marg from the Embroiderers’ Guild of SA Museum who were taking part in the Open Day at Resthaven Aged Facility in Malvern. Their newly created ‘Memory Box’ was having its first public airing.

Their box contained a variety of embroidered items mainly from the first half of the 20th century that were not part of their accessioned collection but had been sourced particularly for this purpose.  There was a beautiful silk nightdress, made in China as part of a trousseau in about 1910 with exquisitely embroidered blue birds and the owner’s Christian name on the bodice.  A baby’s layette set; various doilies; a hot water bottle cover and an embroidered table cloth celebrating the coronation of George VI in 1937.  There were also some quaint needle cases dating from the 1920s and 30s.

There was a great deal of interest in the items as they were being laid out ready for the Open Day, prompting memories of childhood, and making instant connections between people.

Memory Boxes, containing items to stimulate memories and encourage conversation and engagement are increasingly being used as part of reminiscence therapy amongst the elderly and those suffering from dementia.   Museums, particularly in the UK, are establishing memory boxes as part of their outreach programs, using objects in their collection that are surplus to requirement.

Prompted by talks Allison Russell and I have given outlining reminiscence projects we had worked on together as well as research we had done overseas, the Mile End-based Embroiderers Guild Museum decided to create their own Memory Box program.  Their next visit will be to the Helping Hand Residential care home in North Adelaide when they will be presenting their Memory Box to a small group of residents.

It would good to perhaps see more collaboration between community museums and aged care facilities.  It gives museums an opportunity to repurpose their surplus items so that they may be used to improve wellbeing amongst the aging.  While at the same time the conversation generated during such a program might reveal useful information about an item’s history and use, and establish valuable networks.

Please call Embroiderers’ Guild of SA Museum Curator, Di Fisher on (08) 8234-1104 if you would like to know more about their Memory Box program. 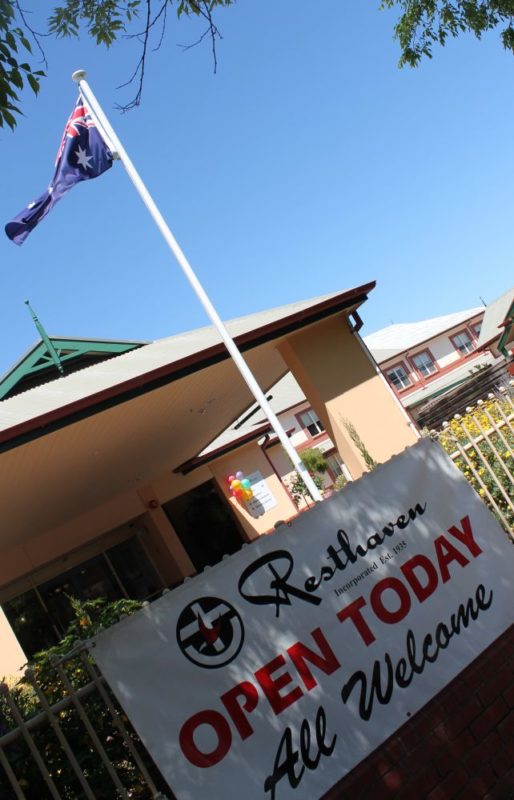