History SA/Veterans SA’s travelling exhibition Bravest of the Brave, which tells the moving stories of the eight South Australians awarded the Victoria Cross in the First World War, has now arrived in Port Lincoln on the Eyre Peninsula.  It was packed up and transported to its new venue at the RSL Clubrooms on Hallett Place just in time for Port Lincoln’s famous Tunarama Festival over the long Australia Day weekend.

Affectionately known as BOB, the exhibition consists of seven double-sided pop up banners and four wooden plinths displaying the men’s framed citations and replica medals. The eight ordinary men were Arthur Blackburn, Phillip Davey, Roy Inwood, Jorgen Jensen, John Leak, Arthur Sullivan, Lawrence Weathers and James Park Woods – who on one day of their lives, under extraordinary circumstances, demonstrated extraordinary heroism for their comrades and country. Some were born or educated in South Australia; some enlisted here, while others lived here either before or after the war.

The display will be at the RSL Clubrooms until Saturday 23 February when it will be moving on to the Port Pirie RSL Museum. It is booked up to travel to a variety of venues in South Australia throughout 2013 and even part of 2014. 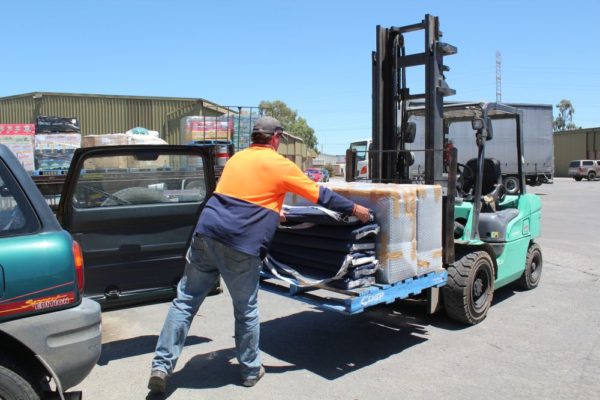