History SA/Veterans SA’s travelling exhibition Bravest of the Brave,which tells the moving stories of the eight South Australians awarded the Victoria Cross in the First World War, has now arrived at Port Pirie.   It was kindly transported from the Port Lincoln RSL Museum by a relative of the president and set up by four volunteers at Port Pirie RSL Military Museum.

The exhibition has already been well received and hopes to attract visitation by students from the 18 schools in the district.  An article featured in the local Recorder newspaper on Thursday 28 February while that evening there an interview with Port Pirie RSL’s curator Angela Mertens was aired on the local TV station Southern Cross Austereo’s 6.30 pm news.

Some were born or educated in South Australia; some enlisted here, while others lived here either before or after the war.

The display will be at the Port Pirie RSL Military Museum throughout March and until after ANZAC day on 25 April. It will return to Adelaide soon after that date in time for the About Time History Festival in May when it will be displayed at the Vietnam Veterans Federation of SA’s Club rooms in Warradale.

The first of many projects that are being prepared worldwide to commemorate the centenary of the First World War in 2014-2018,Bravest of the Braveis available from History SA free of charge to travel to schools, RSL clubs, museums, libraries, aged care facilities, community centres etc. There is also a schools resources kit.  Enquiries regarding the exhibition’s availability should be made on 08 8203 9888 or email for more information. 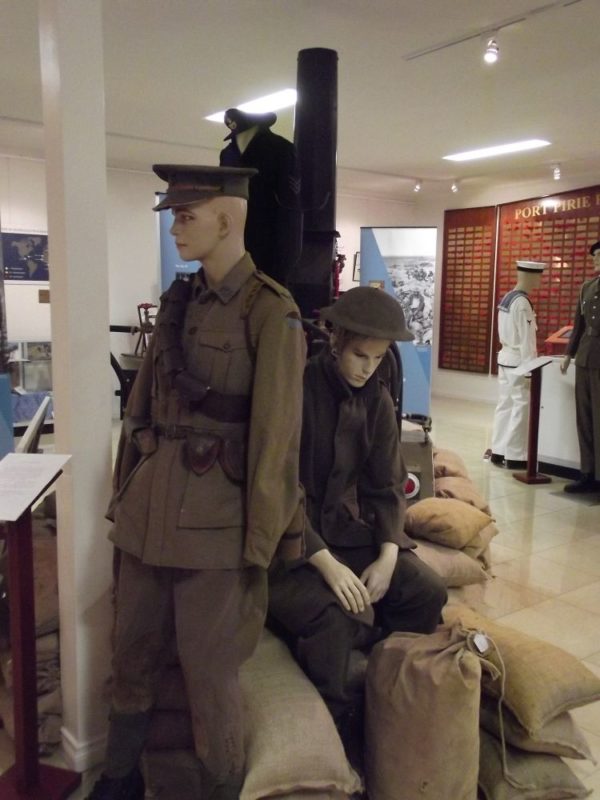