History SA/Veterans SA’s travelling exhibition Bravest of the Brave, which tells the moving stories of the eight South Australians awarded the Victoria Cross in the First World War, is now at the City of Salisbury’s John Harvey Gallery until 3 July. Hosted by Salisbury RSL, the display was officially launched on Wednesday by the Mayor of Salisbury, Gillian Aldridge and is the first event representing Salisbury Anzac 2015, the partnership between the City of Salisbury and Salisbury RSL to mark the Anzac Centenary.

The launch reception included a moving Anzac presentation by Year 6 students from St Augustine’s Parish School as well as speeches by Nichola Kaptiza, Manager, Community Planning and Vitality at City of Salisbury Council and Mick Lennon, President of the Salisbury RSL.

Bravest of the Brave tells the story of eight ordinary men: Arthur Blackburn, Phillip Davey, Roy Inwood, Jorgen Jensen, John Leak, Arthur Sullivan, Lawrence Weathers and James Park Woods – who on one day of their lives, under extraordinary circumstances, demonstrated extraordinary heroism for their comrades and country. Some were born or educated in South Australia; some enlisted here, while others lived here either before or after the war.

Salisbury is the Bravest of the Brave’s 8th venue.  It is booked up to travel to a variety of venues in South Australia throughout 2013 and most of 2014.

More photographs of the exhibition at Salisbury can be seen here; while photographs of it at other venues including its launch by the Hon Jack Snelling MP in April 2012 are here. 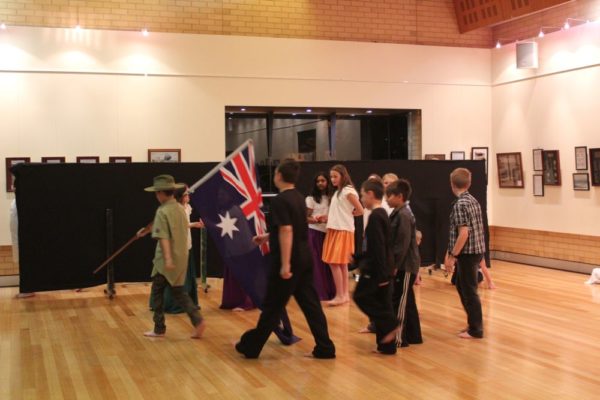