35 eager participants attended our free one-day Digitisation for Preservation and Access workshop at the Hetzel Lecture Theatre in The Institute Building on North Terrace on Wednesday 12 March.

Participants were largely from community museums, historical societies, school and university archives, but there were also representatives from a writers’ festival and a car club.  Mainly Adelaide-based, others came from further afield including Gawler and the mid North, Clare and Barossa Valleys, Riverland,  Fleurieu and Eyre Peninsulas. Some needed advice for beginners while others required validation that they are going in the right direction.

Lindy’s presentation and accompanying notes covered a lot of ground discussing why digitise, photographic formats and scanner types.  She demonstrated the difference between commercial home scanners, semi-professional and professional scanners comparing images produced from each example.

File formats and sizes were explained as well as interpolation and mode/bit depth comparison.  Lindy also considered the challenges faced by photograph albums, maps, books, delicate material and the bane of all digitisers and conservators – sticky tape. Currently there are no national digitisation standards but participants were advised to use the SLSA’s guidelines.

Over the lunch period participants were able to take a guided tour of the State Library’s digitisation studios in the Mortlock wing basement.  Specialised equipment such as large format scanners and printers, and a two camera set up for digitising books were viewed while SLSA photographers Toby and Stephen were also on hand to demonstrate some aspects of their work and answer questions.

In the afternoon, Stuart presented a session on the care of items undergoing digitisation, discussing the environment, handling, removing paperclips and rubber bands, how to deal with books, oversized items and different sorts of materials and storage.  Lindy finished off the day with access and delivery, storage and management, copyright and permissions and budgeting.

Examples of different types of photographic formats and documents from the State Library were available to view while some people brought their own examples for advice.

It was clear from the overwhelming response to this workshop that digitisation is obviously a field that many groups are considering or dabbling in or have begun in earnest.

Another workshop has been planned for Wednesday 25 June but this is now fully booked. We hope to hold a third workshop later in the year in Adelaide to cater for the long waiting list, as well as another in a regional location.  If you would like to be included on the waiting list, please contact us.

More photos from the workshop can be seen here 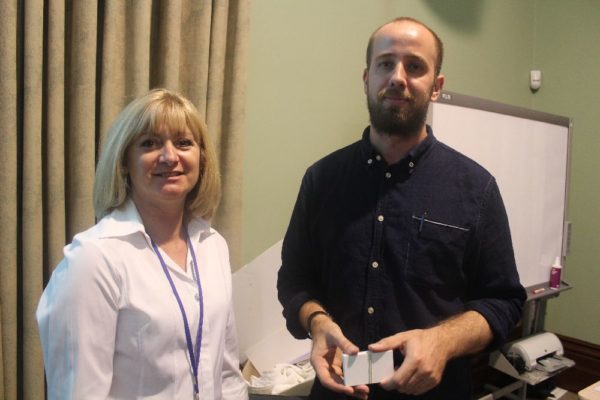