Old Highercombe Hotel Museum is to change its name to Tea Tree Gully Heritage Museum.  This is to better reflect the wide range of exhibits, including five pavilions and a blacksmith shop in the museum grounds.  The new name was officially announced at the museum’s Vintage Fair, held last Sunday, 19 October, to celebrate the 160th anniversary of the original opening of the Highercombe Hotel building.

The committee of volunteers that runs this National Trust of South Australia-owned building and one of History SA’s 10 accredited museums in the Community Museums Program, recognises that the museum is now much more than the original building which served as a hotel for only 24 of its 160 years. It was also felt that the replacing of Highercombe will also lessen confusion over its location.

As well as a new name announcement and the celebratory atmosphere that the Vintage Fair brought to the occasion, Sunday also saw the launching of a new display Hoe to Harvest, on local agriculture and the new operational Blacksmith shop, both of which has been part funded by a Community Museums Program grant.

The new agriculture display was designed by Richard Browning of Synthetic Creative Services and includes some innovative interactives, designed specifically for children and built by the volunteers.  Richard is also currently designing a new logo for the museum. 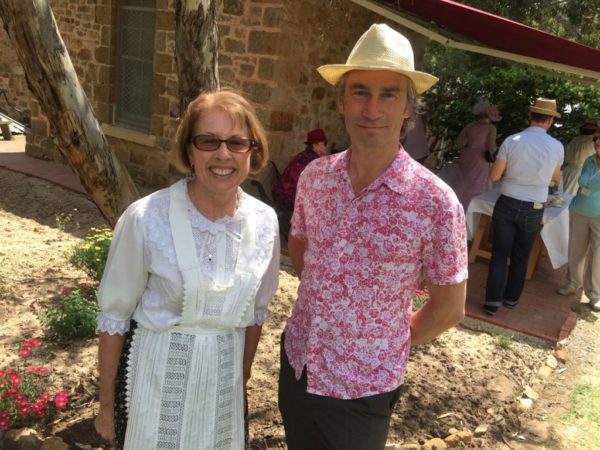