South Australia was well represented at the recent 2015 Symposium of the International Association of School Museums and School History Collections held at Sovereign Hill, Ballarat, on 25-28 March. This was the first time since its formation 32 years ago that the bi-annual event has been held anywhere in the world other than in Europe.

The opening keynote address was given by Professor Geoffrey Blainey who was introduced to the audience as one of Australia’s genuine ‘Living Treasures.  Session presenters included delegates from Italy, Denmark, Greece, Germany, The Netherlands, Estonia, Czechoslovakia and Australia.  Aimed specifically at museums that incorporate school rooms/buildings or have a focus on the history of schooling, conference themes included using role-play and performance to teach history and museums as learning spaces for schools.  Delegates were able to get immersed in the learning experience of the conference with the program including the Blood on the Southern Cross sound and light show, in depth look at Soverign Hill’s own education programs, and a mine tour and gold panning activity. 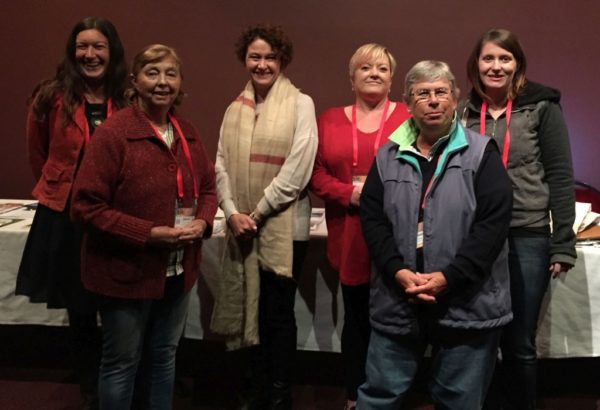