Over one hundred years ago – on 14 September 1914 – Australia’s first submarine AE1 disappeared while patrolling the seas near present day New Guinea. No trace of the vessel or its 35 hands has ever been found to this day.

This story is now being told in War at Sea – the Navy in WWI, an eight-panel exhibition on tour from Sydney’s Australian National Maritime Museum and is now at the following venues in South Australia during 2016.

The experiences of Australian sailors in World War I has largely been overshadowed by the stories of soldiers on the Western Front or at Gallipoli. This panel exhibition draws on the personal accounts of Navy servicemen – through their diaries, mementoes, ship’s logs and letters home – to tell their incredible stories of bravery and sacrifice amidst the drudgery of life at sea, patrolling, blockading and escorting troopships.

The mystery of what happened to AE1 is explored alongside the story of Australia’s second submarine AE2, which became the first Allied vessel to breach the Dardanelles in Turkey, disrupting the Turkish forces moving to defend the Gallipoli peninsular in April 1915, and the story of the RAN Bridging Trains at the Gallipoli campaign.

Visitors will see rare archival footage of the Navy during WWI which gives a window into life on battleships as well as the troop transport ships which ferried soldiers around the globe.

The activities and subsequent loss of AE2 off Gallipoli is highlighted by footage from inside the shipwreck filmed during the first dive to the site by Australian and Turkish maritime archaeologists earlier this year.

“Australia’s involvement in the First World War was a defining moment in our nation’s history and the contribution of the Royal Australian Navy to the First World War, was significant. It is our hope that this panel exhibition, on tour around Australia, will give due recognition to the brave naval servicemen who sacrificed so much.”

There are ten War at Sea panel exhibitions which will tour nationally during the World War I centenary period. They will visit over 110 venues to give thousands of people a better understanding of the role of the Royal Australian Navy in WWI.

The tour is made possible with the support of the Returned and Services League of Queensland.

The Australian National Maritime Museum in Sydney is the national centre for maritime collections, exhibitions, research and archaeology. As a Commonwealth cultural institution the museum is also committed to fulfilling its national mandate by developing programs and opportunities to share its expertise, collection and the national maritime story with regional communities throughout Australia. 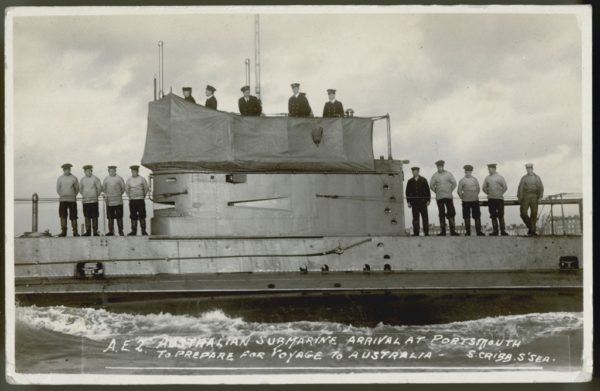