Experience life as it was. The Captain’s Cottage Museum captures the history of Murray Bridge and the surrounding areas displaying an extensive array of photos, model boats, trains, cottages and toys, historic engines and farm machinery from an era long gone but not forgotten. Housing a large collection of photos and memorabilia, every display tells a different story of pioneering life in the Murraylands, from the dairy industry, with a full model dairy, to the magic of the paddle steamers and the railways.  Follow the development and growth of the town from an early cattle river crossing to the Rural City of Murray Bridge. The museum is an ideal place for students to learn how early Europeans had to improvise to beat the elements.

Explore the historic cottage originally known as “Woodlands” and built by Captain Adam Johnstone in 1890 for himself and his wife Mary and their 9 children. Captain Johnstone (1834-1905) first arrived in South Australia from his native Scotland in 1856 accompanying the first two steamers for the River Murray and became a well-known local identity.

The cottage was purchased by the Murray Bridge Council in 1990 on the condition it be used as a museum.  Enjoy a quiet family picnic in the gazebo or on the large lawned areas surrounded by beautiful cottage gardens and memorabilia of years gone by.

Saturday, Sunday and Public Holidays 10am-4pm
or by appointment 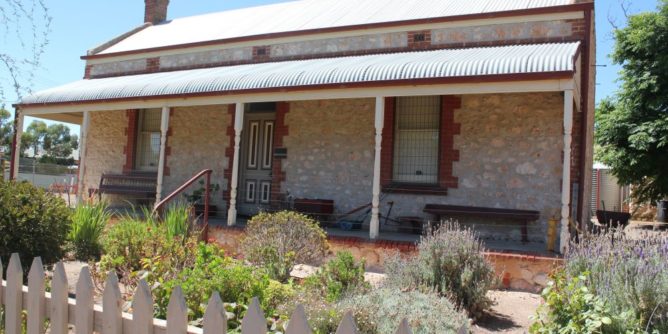 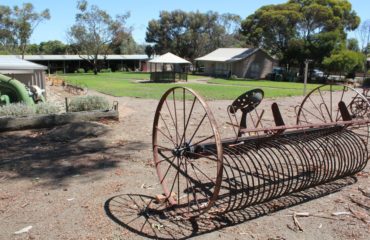 Saturday, Sunday and Public Holidays 10am-4pm
or by appointment

Get in touchCaptain’s Cottage Museum

Beautifully restored, late nineteenth-century cottage shows how everyday life in Murray Bridge and Districts used to be.  Housing a large collection of historic photos and memorabilia, telling the story of pioneering life from the dairy industry, to the magic of the paddle steamers.