The Crystal Brook Heritage Centre is located in the town’s first double storeyed construction which was built in 1875 as a butcher’s and baker’s shop with domestic accommodation attached for E.H. Hewett Baker.

The house is set out as a late 19th century fully-furnished home with a bedroom and gallery on the upper floor while there is a large kitchen downstairs. There is also a music room and another displaying a collection relating to a local dressmaker. What was originally the butcher’s shop is fitted out as a pre-decimal general store. The building has a unique partially restored underground bakehouse, reputed to be the only one of its kind in South Australia open to public.

There are a variety of domestic items on display used by pioneer families including crockery, dressmaking, knitting, rag and stocking rugs, sewing machines and wedding dresses.  There are also items relating to medicine, education, childhood and freemasonry and miscellaneous collectables such as cameras and sea shells. As well as a library containing a collection of newspapers and books relating to local people, events and the defence forces, there are also interesting displays relating to Crystal Brook’s history such as a 1930s rail yard exhibit featuring a stationmaster’s uniform; and a curious small cast iron building that was originally sent from Scotland in prefabricated form to Gladstone, and then to Crystal Brook as a Police Trooper’s hut and finally transferred to the Engineering and Water Supply, as a works office before being donated to the museum. A remarkable object in the collection is a chrome washing/drying machine from the United States, the first of its type to be imported to South Australia in 1914.

However the museum’s most significant item is the scrapbook of congratulatory telegrams and letters belonging to Crystal Brook’s most famous son, Corporal Arthur Percy Sullivan (1896–1937) as well as a replica of his Victoria Cross, the original being at the Australian War Memorial, Canberra. He achieved this highest and most prestigious award for gallantry that can be awarded to British and Commonwealth forces on 10 August 1919 during the post-World War I Russian Campaign. Whilst under heavy fire by the Bolsheviks, he jumped into the Sheika River to rescue 4 drowning men from his platoon. You can also see a small memorial to Corporal Sullivan in the median strip down Crystal Brook’s main street.

In the grounds there is a laundry, bathroom and ironmonger’s room with a display of memorabilia from the horse drawn era such as old wagons, harness and blacksmith’s tools; and farming machinery including tractors and the distinctly South Australian Stump Jump plough.

A workshop was opened in 2010 as a Men’s Shed and the group has also created a permanent display area for their collection of uniforms and memorabilia relating to many theatres of conflict from the Boer War to more recent hostilities in Afghanistan. 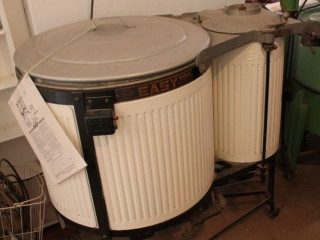 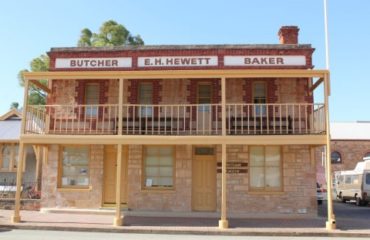 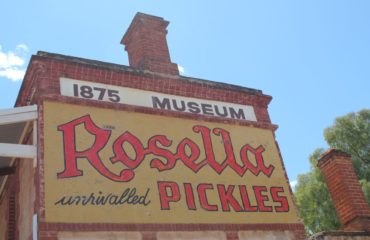 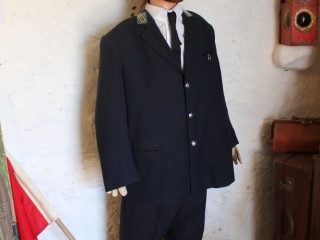 Get in touchCrystal Brook Heritage Centre

Located in the town’s first double storey business house, the Crystal Brook Heritage Centre incorporates a unique underground bakehouse, a general store and a home for the business owner; and machinery sheds.  On display are items relating to Crystal Brook people, events and businesses and to general eras past.