The Farina Restoration Group Inc. was formed to stabilise and restore the existing Farina town infrastructure and to display the history and style of life of an inland Australian township from the 1880s to the 1960s. They seek to attract increasing numbers of visitors to see our preserved town, to appreciate the history and to be a very significant attraction in the North Flinders Ranges area.

Formed in 2008 by Victorian Tom Harding with support from Farina Station owners Kevin and Anne Dawes and the South Australian Outback Development Trust in Port Augusta, the group is financed by fundraisers and various grants.

The volunteers generally meet once a year at Farina in June/July to run fundraising events and work on the various restoration projects. With the help of a professional stonemason they are working on preserving the original buildings, marking roads, researching and creating interpretive signage. They have restored the unique underground bakery which is used at fundraising events; restored the cemetery, built a commemorative cairn for the Farina men that were lost during WWI and II, and recently built Patterson House as a Visitor Centre.

Farina was a railway town 60km South of Marree and has 10 historic Australian stone buildings, which were falling down. The Great Northern railway (The Ghan) and a standard gauge railway passed through the town.

Farina is located within the Lake Eyre Basin, on the old alignment of the Ghan railway, 600 km north of Adelaide. It is 26 km north of Lyndhurst and 55 km south of Marree.

No longer inhabited, it was originally surveyed and proclaimed a town on 21 March 1878. It was first known as ‘Government Gums’ because of the mature River Red Gums in the creek to the north of the town but later its name was changed to “Farina” (Latin for wheat or flour) by farmers who optimistically hoped to turn the vast flat lands here into fields of grain.

432 quarter acre blocks were laid out during the 1880s with a population of about 100 adults and 50 children which tripled by the end of the decade. With the introduction of the northern railway known as the Ghan, it became the railhead from Port Augusta in 1882 until the line was extended to Marree two years later (eventually making Oodnadatta in 1891 and Alice Springs in 1929).

With good rains, Farina flourished and the population rose to about 600 at its peak with a bakery, grain store, two breweries, two hotels, a general store, post office, an Anglican church, cemetery, five blacksmiths, a school and even a brothel. However, years of drought and dust storms, the closing of the gold and silver mines nearby in 1927 and re-alignment of the Ghan railway line during the 1980s forced the eventual abandonment of the town. 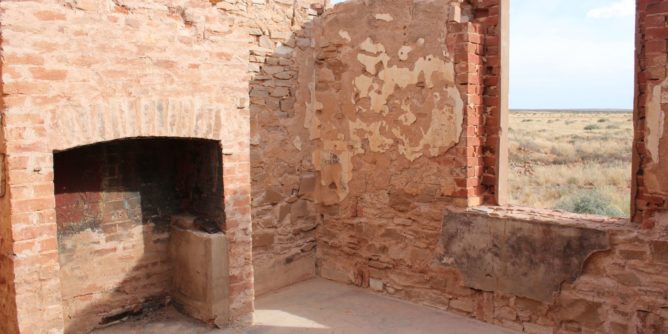 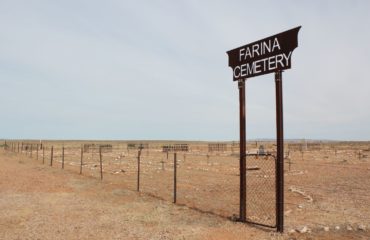 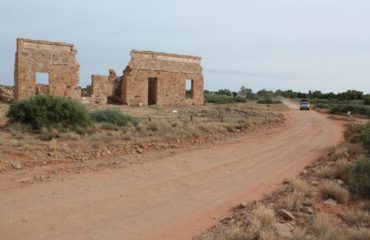 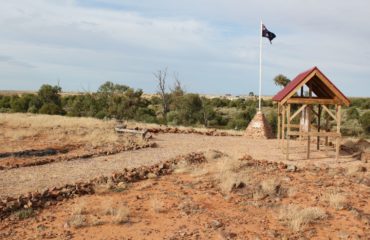 Get in touchFarina Restoration Group

Community group restoring parts of the abandoned township of Farina along the Oodnadatta Track in far north South Australia so that outback visitors can gain an appreciation of the town in its heyday during the boom years of the 1880s and 90s until its gradual decline after WWII.