Built in 1863, the Glencoe Woolshed is a 36 stand shearing shed, unique for never being converted to mechanised shearing and has hand adzed arched blackwood beams, a beautiful example of rural architecture.

The Glencoe Woolshed is a remarkable building and provides visitors with a real insight into the history of agriculture in the region.  In 2016, a new Glencoe branch of the National Trust took over the management of the woolshed which had been in the hands of the Mount Gambier branch since 1976.

Glencoe was first established in 1844 by Edward and Robert Leake as a sheep shearing station. Leake brothers named the settlement after Glen Coe, Scotland where the infamous massacre of Glencoe took place in 1692.  Originally from Tasmania, they brought with them the Saxon Merino sheep and then later built the Glencoe Woolshed in 1863 which still stands today as it was and now serves as a museum. The shearing/wool shed is a 36 stand shearing shed and is unique because it was never converted to mechanised shearing. Built in 1863, this fine building has hand adzed, cathedral like arched Blackwood beams with supporting posts of pit sawn Blackwood.  In its day there were 38 shearers as well as roust-a-bouts, wool classers and shed hands. The most sheep shorn in one year was 53,000. The shearers were shearing 2,000 per day and had to employ additional 100 men.

Edward Leake passed away in 1867 and the property was purchased by George Riddoch who sold it for closer settlement in 1901.  In additional changes in ownership it was acquired by Scotty Kennedy who donated it to the Mount Gambier Branch of the National Trust of SA in 1976.  The National Trust restored the building and Mr Kennedy was present at it official opening on 1 October 1978. The branch converted the woolshed into a museum of original and historic blade shearing and wool handling processes.  They also organised the very successful Blades of Glencoe on 8 March 2015 (awarded Community Event of the Year by Wattle Range Council) which witnessed over 40 international blade shearers from across Australia in action shearing around 700 sheep. 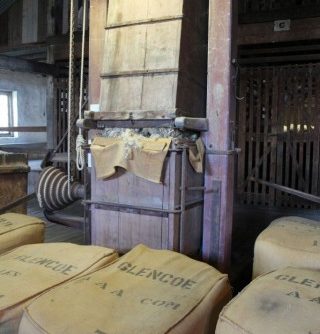 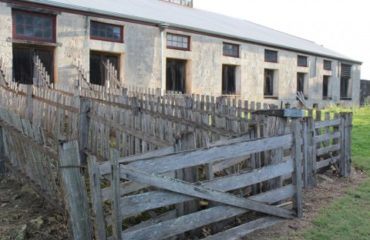 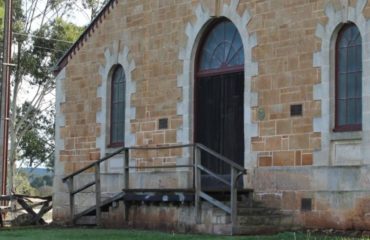 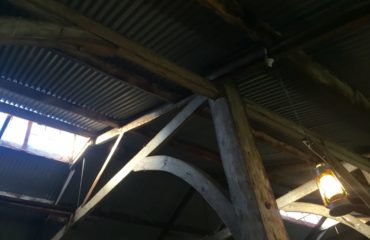 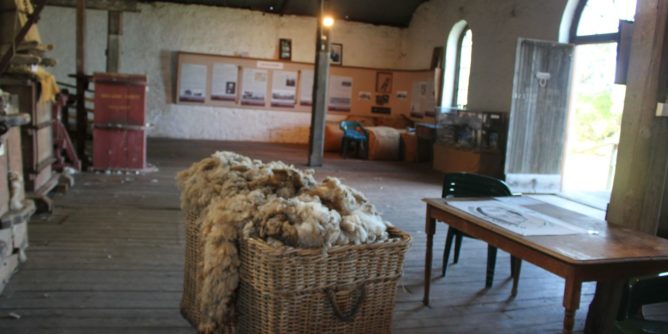 Built in 1863, the Glencoe Woolshed is a 36 stand shearing shed, unique for never being converted to mechanised shearing and has hand adzed arched blackwood beams, a beautiful example of rural architecture.