Run by the Kingscote Branch of the National Trust of South Australia, Hope Cottage Museum offers a fascinating insight into the unique history and heritage of Kangaroo Island. As well as the historic cottage set out to represent 1860s life, the site contains a complex of other buildings displaying farm machinery, domestic and communication equipment, sea and air travel (including items from the SS Karatta which brought visitors and goods to the island for over 50 years in the 20th century), plus a shearing shed, blacksmith’s shop, 1950s’ garage, the complete Masonic Lodge Room from The Island Lodge No 54 and the original lantern room from Cape Willoughby, South Australia’s first lighthouse.

The Kangaroo Island branch of the National Trust was formed on 18 March 1965 and Hope Cottage was officially opened as a museum on 10 December 1972 by South Australian National Trust founder Major-General George William Symes and its director Mr G Toogood.

Hope Cottage is one of three cottages built of local stone around 1857 by brothers Charles and Michael Calnan and a ship’s carpenter after a successful venture at the Victorian goldfields.  The other two cottages were Faith (now demolished) and Charity (now a private resident alongside). The Calnan family were some of the first settlers on the Island, arriving on the Africaine on 2 November 1836. The National Trust have restored and maintained Hope Cottage with the surrounding museum, along with the re-created Cape Willoughby Lighthouse.

Hope Cottage represents life from the 1860s onwards and displays period furniture, china, clothing and artefacts including the first piano brought to the Island by Calnan family, and a cellar containing vintage kitchen items.  One of the rooms also displays the “Beare Collection” from the descendants of Thomas Hudson Beare who was the second in command of the South Australian Company that was formed in London to establish the new colony of South Australia.  He arrived on the Duke of York with his wife and family on 27 July 1836 after a 152 day voyage from England.

Another room in the cottage has been turned into a reading room displaying many documents, books, and photographs relating to the pioneering history of Kingscote.

Entry to the cottage is via the back door through a covered verandah which includes a collection of stuffed native animals, the work of amateur naturalist and taxidermist Joy Wheaton.

The cottage is set in grounds which houses a complex of buildings containing a variety of displays: tractors and farm machinery, machinery used for dam construction and road works; an original 1960s Zeta belonging to the Lightburn family who had a holiday home on the Island;  artefacts from the SS Karatta (a long serving passenger and freight vessel), including one of its lifeboats; and many pieces from the numerous coastal shipwrecks; early communications equipment; laundry equipment; a blacksmith shop; a shearing shed; the Masonic Lodge Room of The Island Lodge No 54 which closed in 2002 after serving the community for 94 years; a 1950s- style garage, set up in a shed donated by the Shell Company; and the original lantern room from Cape Willoughby, South Australia’s first lighthouse, initially manufactured in 1872 by Chance Brothers of Birmingham, England. 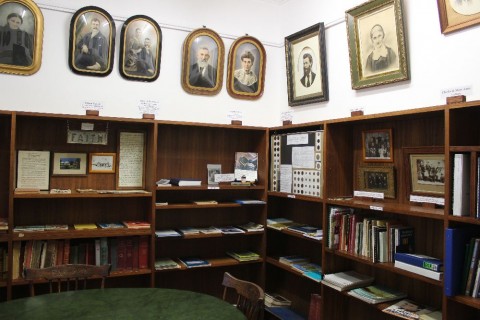 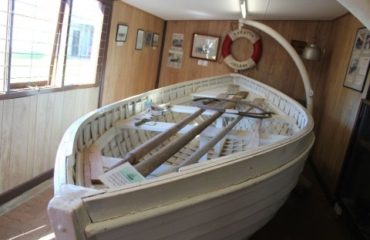 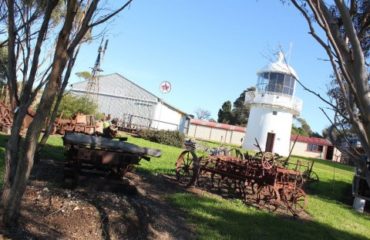 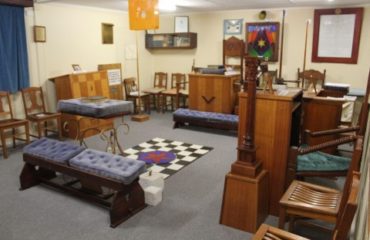 Get in touchHope Cottage Museum

Run by the Kingscote Branch of the National Trust of South Australia, Hope Cottage Museum offers a fascinating insight into the unique history and heritage of Kangaroo Island.