Wander through the cottage garden to the front door of this unique four-roomed pug (mud and straw) and timber (red gum) cottage.  It was built by Johann Heinrich Luhrs, the first Lutheran school teacher in Light Pass, soon after his marriage in 1846 to Anna Rosina Scholz at Lobethal.  It was here they brought up their five children and where Johann farmed until his death in 1863.

The Cottage was restored in 1984 and added to the State Heritage Register in 1990. It has 4 rooms which are authentically furnished in the traditional German settlers’ style. Directly behind the cottage lies the original underground cellar, containing old wares.  Above this is the German ‘Schoolroom’ as it is known today, built in 1870-1878 as a kitchen which included a brick bake oven at the rear of the fireplace. The ‘Schoolroom’ has been named as such because it now contains a large assortment of educational material dating from the late 1800’s to 1950’s all of which has been donated by the local community.

There is also a long drop toilet, smoke house and a shed displaying a variety of historical machinery. There’s something of interest for everyone, young and old alike.

Luhrs Cottage is maintained by a volunteer committee. The cottage survives financially by gold coin donations, grants and members subscriptions. 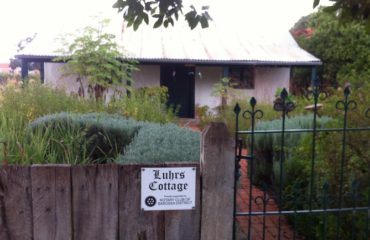 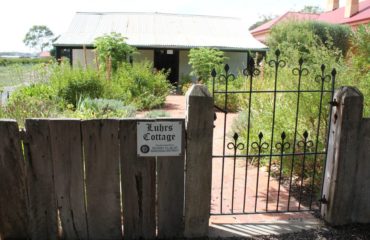 Get in touchLuhrs Cottage Preservation Society

A restored and authentically furnished 1840s German pug cottage and schoolroom, once the home of the first Lutheran schoolteacher in the Barossa Valley’s Light Pass district.