The Mary Mackillop Penola Centre includes a modern purposed-built Interpretive Centre and the Woods-MacKillop Schoolhouse dating from 1867.  St Joseph’s Catholic Church was built on the site in 1924 with a stained-glass window of Mary MacKillop in the blue glass shrine.  The centre is situated on the corner of Portland Street and historic Petticoat Lane, a State Government heritage area.  The lane contains interesting cottages that are used to tell the stories of the people who lived there in the 1800s.

Mary first came to Penola in 1860 to be governess to the children of her aunt and uncle, Margaret and Alexander Cameron, on Penola Station.  When she rode the horse to Mass she met the parish priest Father Julian Tenison Woods. Together they planned the start of a free education system for the disadvantaged children of early Australia.  It was in Penola that their dream began.  The Sisters of Saint Joseph of the Sacred Heart was the religious order they founded.

Inside the Interpretive Centre there are two major exhibitions. ‘Penola where it all began’ tells the story of Saint Mary of the Cross MacKillop, with emphasis on her time in Penola.  ‘Ten years in the bush’ explains the life of Father Julian Tenison Woods, priest and scientist.  The Mary MacKillop gallery contains various exhibits including a reliquary containing a strand of her hair, similar to the one presented to Pope Benedict XVI at her canonisation in Rome on 17 October 2010.  In the Woods Gallery is the Goudey collection of fossils and recent species named by Father Julian Tenison Woods.

The Interpretive Centre was built in 1998 to commemorate the 1995 Beatification of Mary MacKillop.  It is a glass fronted building including rubble stone walls and ply ceilings relating to the material of the Schoolhouse.  The church, shrine, old convent and Schoolhouse are linked by paths that surround a wetland that adds stillness and peace to this special site.  A garden area includes native plants that were identified by Father Woods.

Nearby there is also a reconstructed cottage that was part of the Mary Mackillop’s uncle Cameron’s home at Penola Station. It contains an interpretive display telling this early part of Mary’s story when she first arrived in Penola.

It is a short walk from the Penola Centre to the Stable site on the corner of Queen and Bowden Streets.  The site of the original stable is a pleasant garden with picnic table and seating.  It has been upgraded to contain interpretation of the original school there and aspects of Mary’s life that invite contemplation.

Daily 10 am – 4 pm (these hours can be extended if booked).
Closed Christmas Day and Good Friday 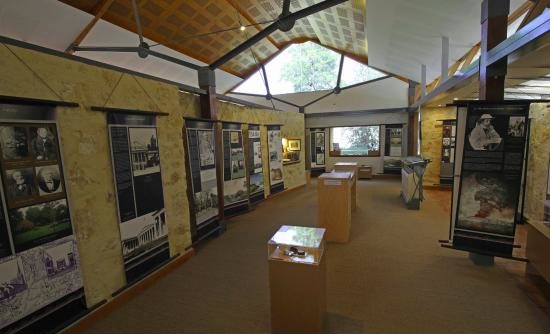 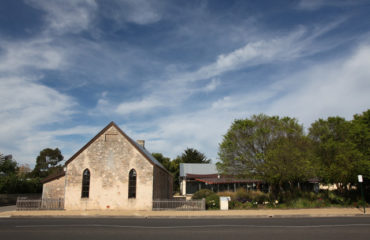 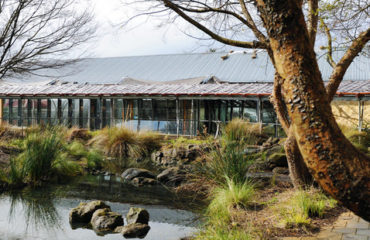 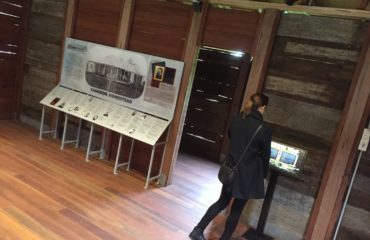 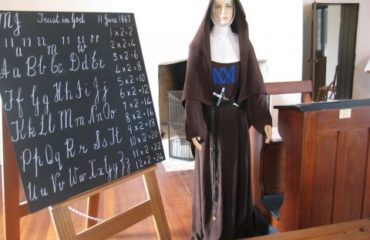 Daily 10 am – 4 pm (these hours can be extended if booked).
Closed Christmas Day and Good Friday

Get in touchMary MacKillop Penola Centre

Mary MacKillop, Australia’s first saint, started her first school in Penola in 1866.  At the Mary MacKillop Penola Centre you will learn about her life and work and visit the historic Schoolhouse where she taught.  The story of Father Julian Tenison Woods, priest and scientist, is also told at the Centre.