The National Railway Museum, located within the heritage precinct of Port Adelaide, houses a significant railway heritage collection and also offers affordable entertainment for the whole family. The Museum is also a must-see for railway enthusiasts who wish to visit the largest undercover collection of passenger carriages, heritage locomotives, freight vehicles and rail memorabilia in Australia and the largest triple gauge railway collection in the world.

The Museum began in the 1960s when a group of passionate railway preservationists, concerned at the scrapping of significant steam locomotives, began to save, restore and conserve rolling stock and railway memorabilia at a site in Mile End. In 1998 the Museum was relocated to the site of the original Port Dock Station on Lipson St and the collection is now displayed in two large enclosed pavilions. These house broad, standard and narrow gauge locomotives and rolling stock used in Australia by South Australian, Commonwealth and private railway operators. Those who prefer a hands-on experience will enjoy boarding the Museum’s 457mm gauge railway and taking a trip around the Museum, as well as operating the informative interactive displays. A highlight of these is the interactive and informative tour of the famous Tea and Sugar train. You can also look inside and even climb aboard many of the other trains, including the elegant DA52 dining carriage.

The Museum also offers a diverse range of educational and recreational activities, and events throughout the year. One of the Museum’s premiere events is the Family Fun Fair held on the second week of school holidays every July. The Museum also operates an offsite tourist steam railway which runs alongside scenic coastline from Semaphore to Fort Glanville. This service runs from the beginning of school holidays in September and continues through to April. 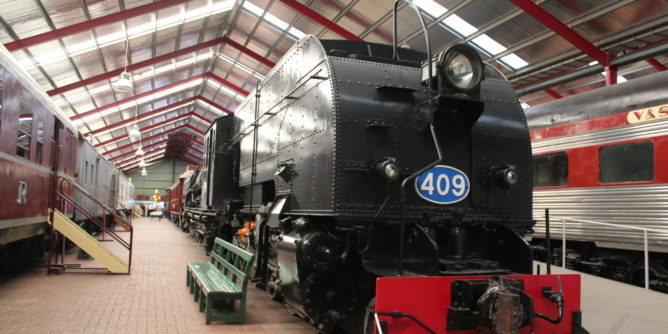 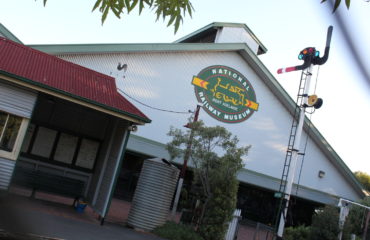 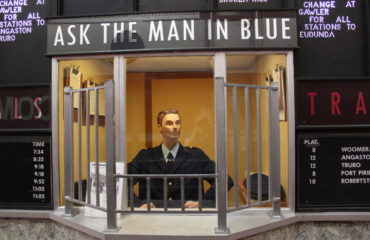 Get in touchNational Railway Museum