The society was established in 1964, by descendants and friends of John McDouall Stuart (1815-1866), and his exploration companions, to perpetuate his achievements as the pre-eminent Australian explorer on land.

John McDouall Stuart made six expeditions from 1858 to 1862, exploring the Australian interior and establishing a route from Adelaide to the north coast.

The Society publishes a newsletter quarterly, and hosts a speaker at its annual General Meeting.  It owns a display of over 200 objects consisting of memorabilia, artifacts, books, photographs and maps which is on permanent display on the mezzanine floor of the Freemason’s Grand Lodge on North Terrace, Adelaide. 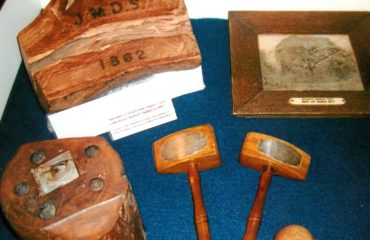 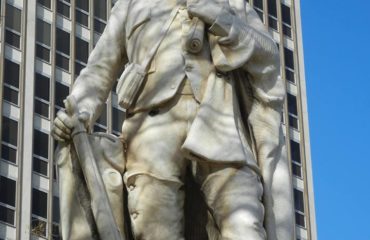 Get in touchJohn McDouall Stuart Society

Formed in Adelaide in 1964, the Society aims to perpetuate the names and achievements of the great Australian explorer John McDouall Stuart (1815-1866). Their collection of over 200 objects is on permanent display on the mezzanine floor of the Freemason's Grand Lodge on North Terrace, Adelaide.