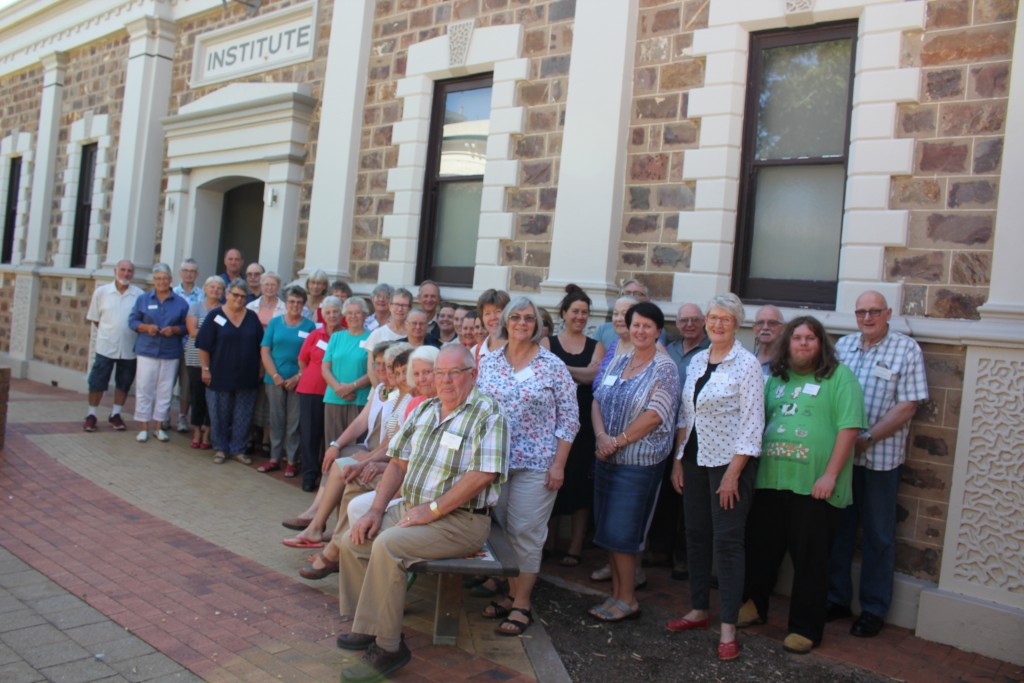 Digitisation has proved to be a popular topic with two workshops held in March booking out fast. Run as a partnership between the History Trust of South Australia and the State Library of South Australia the workshops were held in the north of the state at Port Augusta and in the south at Willunga on the Fleurieu Peninsula. The Willunga workshop attracted around 30 participants mainly from the wider Fleurieu and Adelaide regions and from Kangaroo Island, while 40 people attended the Port Augusta session, hailing from a wide variety of organisations and travelling in to Port Augusta from as far away as Port Lincoln and Leigh Creek.
The History Trust of SA has run similar workshops before (in Adelaide and in the south-east at Millicent) but this time a new session was added to explore the ways that digital material can be used for displays and community engagement activities and the day finished with this session and small groups planning scanfests of their own.
Before that though the emphasis was firmly on the process of digitisation, digitisation standards and the different requirements between digitising and preservation and digitising for access, types of scanners, file naming, file storage and gaining an understanding of the creation of digital files and how to manage them in the long-term.
The workshops attracted enormous interest and participants represented historical societies, family history groups, local museums and community libraries. Funded by a National Library Community Heritage Grant and the History Trust of SA the workshop was led by Lindy Bohrnsen, the State Library of South Australia’s Senior Reformatting Coordinator and the History Trust’s community history officers Amanda James and Pauline Cockrill.  The funding support enabled the workshop to be delivered in regional areas and the feedback from Port Augusta especially is that this was much appreciated.