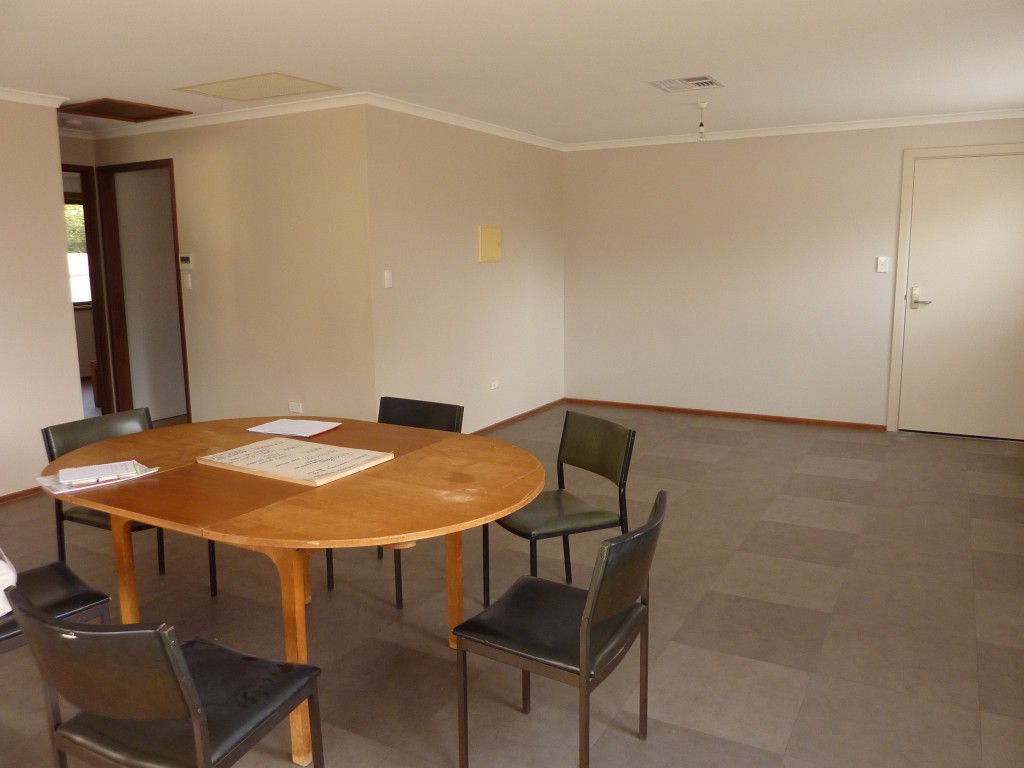 I took a break from enquiries in the last week of the South Australian History Fund grant round and headed up to Port Pirie and Whyalla to visit three museums registered in the Community Museums Program. It’s been a few years since I last visited Port Pirie National Trust Museum in their lovely old railway station building, so it was great to catch-up with Mel, Peter and Stephen and talk about projects they’re planning. The museum has recently acquired an assortment of items from the recently greatly down-sized Prests Department Store, including windows and shop displays, tins, calendars and even office records that will be very useful for research. In its hey-day Prests was the biggest store in the town/region so the potential for telling a range of social history stories is immense.

From Port Pirie I headed up and then down the other side of the Peninsula to Whyalla to meet with Jenny at the Whyalla Maritime Museum. Plenty of the museums I work with have tiny collection items, but Whyalla has the hugest in the HMAS Whyalla, sitting high and dry as the focal point of the museum and visitor centre complex. Collection management nightmare!

The next morning I spent with several volunteers of the Mount Laura Homestead Museum.  The museum has very recently been given priority use of a fabulous building constructed by council as a multi-purpose space. The museum has also gained use of the re-furbished former caretaker’s cottage and it was great to chat about moving all their collections management and administration functions into the building and the relative merits of where to put a compactus. The Museum has some really interesting local history artefacts, including the first aeroplanes to fly in the region (home made!)and a stationary engine with a particularly interesting history of use. 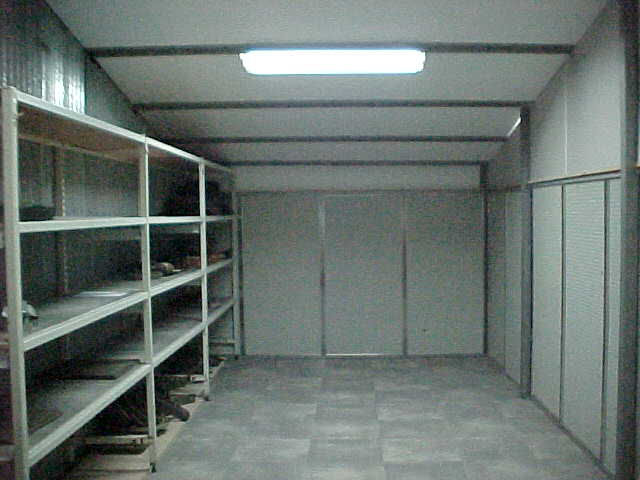 I have recently been sent some images of the work in progress for Axel Stenross Maritime Museum’s new collection store.  With space at a bit of a premium the museum devised an innovative way to make storage space – by creating a room in the walkway space between two buildings. So with lots of planning, volunteer effort and a few thousand dollars from the Community Museums Program grant fund, the museum has completed the store and started moving collection items in for safe keeping.

The new store is part of the museum’s grand plan to return the part of the museum which was Axel Stenross’s home and workshop to looking just like it was when was his home and workshop. During the course of the project I had several interesting conversations with Andrew, the museum committee secretary, about lining and insulating the room, whether or not to have a roller door for external access (decided against) and what to put on the floor.  Floor question led to a conversation with Artlab about the relative merits of different types of vinyl tiles – who would have thought that lighter colours off-gas less and so reduce that risk to items in storage! 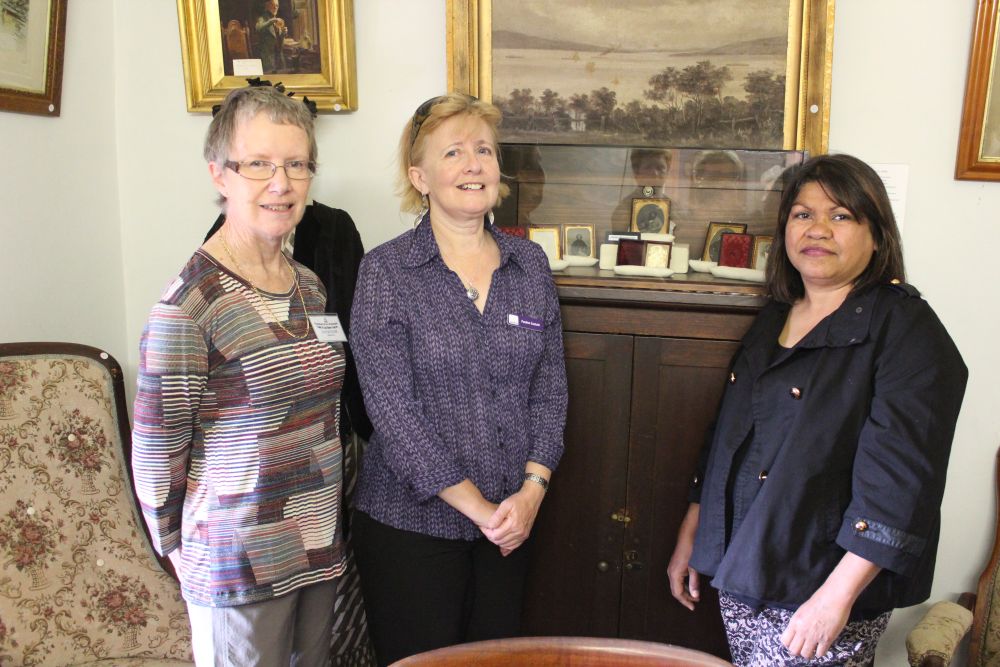 It was a great pleasure to return to Port Lincoln recently during the About Time History Festival to attend a very special launch that saw a part solving of the Mission Photo mystery that had begun almost two years ago.

To recap, I visited Mill Cottage Museum for the first time in November 2011 and chanced upon a rare collection of mid-19th century daguerreotypes on display depicting Aboriginal men from the nearby Poonindie Mission dressed ‘as gentlemen’ in European clothes.  You can read more about the Mystery of the Mission photos here.

Since then there has been a flurry of activity relating to their identification and preservation.  More research has been done, and one of the images has been firmly identified as James Wanganeen, courtesy of an identical named portrait in the Pitt Rivers Museum in Oxford. Wanganeen was a Maraura man from the Upper Murray, who had been sent to the Poonindie Mission Station, in the early 1850s.  He was known to have been a kind of lay preacher, one of the well-respected members of the Mission, then managed by the Reverend Octavius Hammond, the father in law of Joseph Bishop, the original owner of Mill Cottage.   The photographs have sparked much interest resulting in numerous emails back and forth between both interstate and international academics and curators.  Last year I was fortunate enough to visit Pitt Rivers Museum in Oxford and see the James Wanganeen portrait that had been the vital clue in solving the mystery, as well as several other fascinating early South Australian photographs in the care of curator Dr Christopher Morton. Jane Lydon, formerly of Monash University and now University of Western Australia, has also shed much light on the subject, identifying and publishing material about other closely related daguerreotypes in UK collections.

At the beginning of this year six of the Mill Cottage images were preserved by Artlab Australia with the help of a South Australian History Fund grant; a new secure glass case for their display was built courtesy of a Historical Society of SA grant; and particularly exciting, another daguerreotype of the same vintage and subject matter has emerged in Port Lincoln and been presented to Mill Cottage.

However, the highlight for me was certainly attending the launch of the restored daguerreotypes in their new display case on 3 May.  Particularly moving was the that fact that it brought together for the first time Lynnette Wanganeen with her great, great grandfather James. Lynnette travelled from Adelaide to the Eyre Peninsula with friends and the event attracted much interest from local media. It was a pleasure to be able to share this moment as well as spend some time visiting the Poonindie Mission site afterwards.

The images continue to inspire interest, the latest being from Judy Annear, the Art Gallery of NSW’s Senior Curator of Photography, who is currently working on a major history of Australian photography exhibition and book for 2015.

So the buzz continues.  The identities of both the photographer and the other portraits are still to be discovered. I love a good mystery!

Photographs of the daguerreotypes after their preservation at Artlab can be seen here; and of the launch here; and the visit to Poonindie Mission here