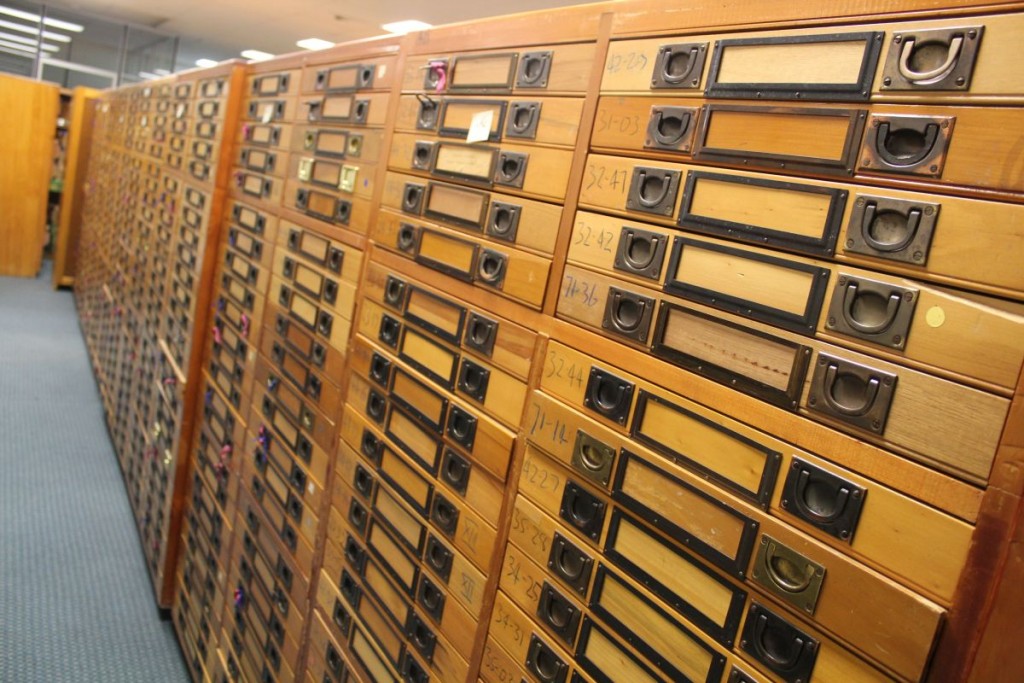 This week Amanda and I played Santa for a number of museums in our Community Museums Program (CMP) when we handed out free cabinets from the South Australian Museum (and mince pies!)

Earlier in the year we were pleased to be able to offer a number of free shallow-drawer wooden storage cabinets to members of the program. Originally used for storing entomological specimens (ie bugs) in the South Australian Museum (SAM), they had become surplus to requirement following SAM’s purchase of a new storage system.  The cabinets were around 100 years old and beautifully made of huon pine with brass handles.  After being thoroughly fumigated by Artlab, they were finally available for pick up from the museum’s storage facility in Hindmarsh.

Over a metre and a half high and containing two columns of 25 shallow glass covered drawers each, we reckoned they could be useful for storing photographs, archives, textiles and other flat objects, or small items such as medals or badges.  Eight community museums certainly thought so too. The Army Museum, Charles Sturt Memorial Museum, Hahndorf Academy, Willunga National Trust Museum, Gawler National Trust Museum, Tramway Museum, Polish Hill River Church Museum and Ayers House Museum all took up the offer and we look forward to learning how they have used them within their museums.  The drawers of course need to be lined with a suitable archival material like acid free tissue or Tyvek before using it to store precious artefacts.

So despite the heat wave that hit Adelaide this week, we were pleased to be able to help volunteers load their new found freebies on to the various utes and trailers that turned up on Wednesday.  It was a great way to end the year and to catch up with folk within our network.

Thank you especially to South Australian Museum’s Luke Chenoweth for arranging this great opportunity as well as the back-breaking work of transporting both the cabinet frameworks and the hundreds of drawers up and down in the lift. 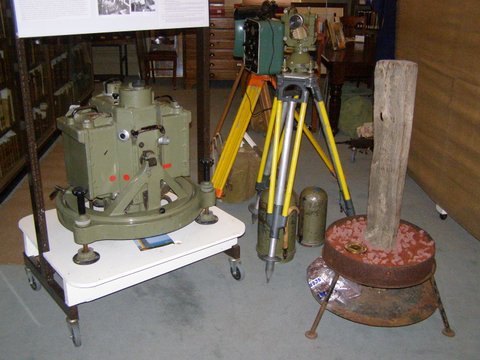 Fifty years ago a team of public servants endured freezing night time temperatures and water rations to accurately survey the southern Simpson Desert.  An exhibition on at the Mortlock Library commemorates their journey.

In July 1963 an eleven man survey team from the South Australian Department of Lands left Adelaide to undertake the first comprehensive survey of this region in the north east of the state. The information provided survey control for the oil and gas exploration companies that were starting to work in the area.

The team started their work east of the railway siding of Pedirka (100kms. north of Oodnadatta) working their way via Poeppel’s Corner to connect to an earlier survey near Birdsville. This was a distance of nearly 450 kilometres and took six weeks to survey.

The vehicles carried basic supplies and equipment; the essential long handled shovels, sand mats, lots of tinned food and jerry cans of fuel and water. The team soon settled into the daily routine of camping, constant billy boiling and weird food concoctions. While as much water as possible was carried, for a significant part of the trip it was rationed to two litres per man per day for drinking, cooking, cleaning utensils and washing. Even in 1963 water was the same precious commodity that it had been for the early explorers.

To recognise the 50th anniversary of this significant, but little known, undertaking, Alan Wright (one of those involved in the 1963 survey) has created a display featuring the survey equipment used, photos and historical information.