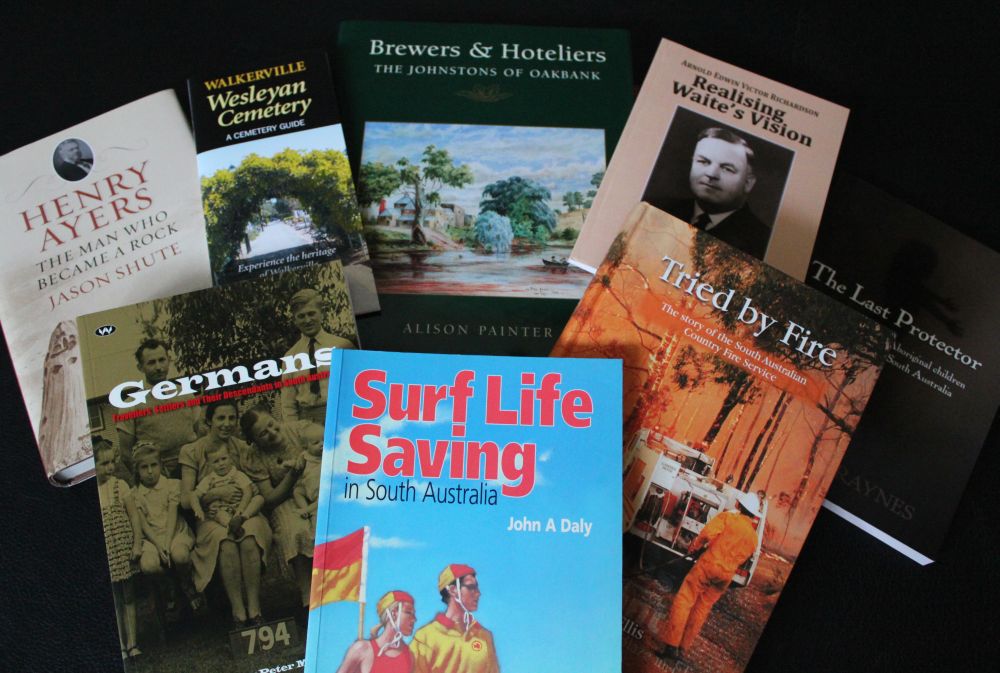 In previous years the SAHF has funded oral history, archiving, digitisation, conservation and interpretation projects, along with a range of publications and key research projects. Groups can also apply for funding up to $5000 to hold public events during the 2015 About Time South Australia’s History Festival.

Intending applicants are very welcome to contact Pauline and Amanda to discuss possible projects and to get advice on putting an application together. The 2014 SAHF grant round closes on 8 August 2014.

There are several help sheets available on the South Australian Community History website that are relevant to the types of projects frequently applied for, including display development, collection storage and interpretive signs.

The Telling our Stories Alexandrina digital stories project was launched on 26 May.  The enthusiastic crowd of about 150 people settled in to the Strathalbyn Town Hall to view the inaugural screening of ten short films.  The films focus on different aspects of local history from the Alexandrina Council region, including stories about the River Murray, local businesses, industries and manufacturing, personal endeavours and the place of people, buildings and events in the life of communities. You can watch them here.

Each film features two of three community storytellers along with photographs, moving images, objects that help to draw out the history of the stories told. The project drew heavily on the people and collections of the Alexandrina Council region to capture historical stories. Following the film screening the audience took up the chance to discuss the making of the films with the project historians and filmmaker and stayed to enjoy a fabulous supper provided by the Richardson Hall Woodchester Committee, whose catering is so legendary a film was made featuring that too!

In undertaking Telling Our Stories, community historians Madeleine Regan and June Edwards and filmmaker Malcolm McKinnon have unearthed memories, images and objects to make connections between the intangible stories of individuals, and the tangible historical record. In the films, personal stories are mixed with photographs, moving image and images of objects, to place them in a historical context. Film subjects are varied and take in a range of locations in the Alexandrina Council area.

Later in 2014 the films will be available on a touchscreen unit that can tour around public venues.