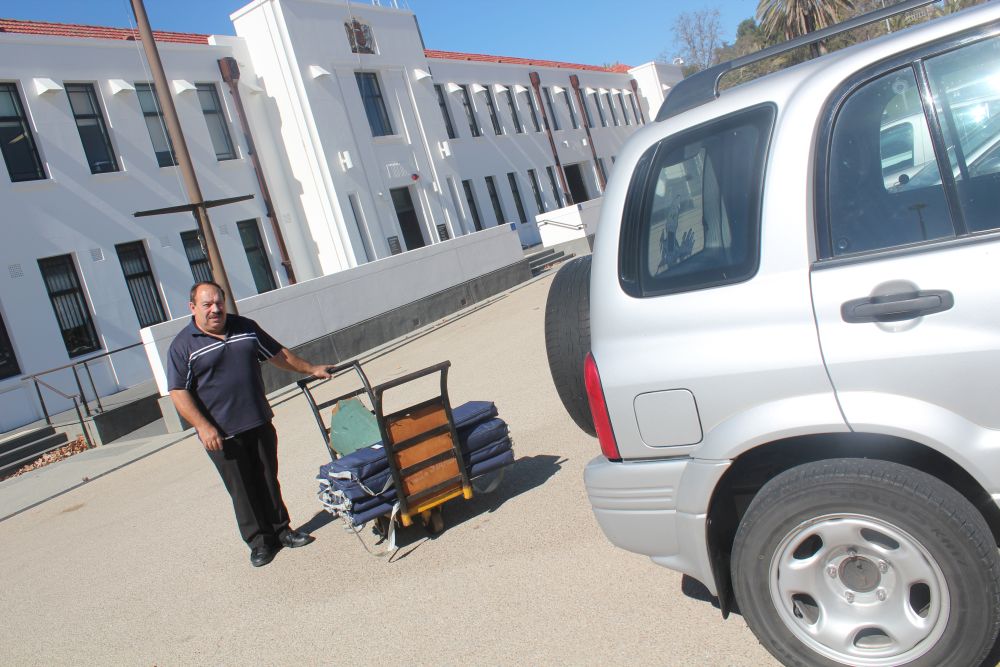 History SA/Veterans SA’s travelling exhibition Bravest of the Brave, which tells the moving stories of the eight South Australians awarded the Victoria Cross (VC) in the First World War, is on its way to Port Augusta and then on to the tiny town of Yunta, towards Broken Hill. To date these will be this popular display’s most far flung venues.

From Monday 25 August to Sunday 21 September, Bravest of the Brave can be seen at the Port Augusta RSL, 15-17 Fulham Road. As well as clubrooms, the RSL has a unique museum with an extensive range of military memorabilia from the 1860 Maori War to the present day Iraqi and Afghanistan conflicts. It also includes the first Leopard Tank delivered in South Australia which officially arrived on 6 December 2010. Contact Mario Caresimo, Port Augusta RSL, 0467 804 976 or email for more information.

The exhibition consists of seven double-sided pop up banners and four wooden crates which double up as plinths to display the framed citations and replica sets of medals, including the VCs belonging to the eight men.

Bravest of the Brave was first launched in April 2012 by the Hon Jack Snelling MP and has proved a popular travelling display, with a second version being replicated at the end of 2013 to cope with the demand. It has already been shown at 25 venues around South Australia, at various RSL club rooms, community museums, local libraries, schools and the Repat Hospital and is booked up for the rest of 2014 and almost all of 2015.

After Port Augusta, Bravest of the Brave will be travelling on to the tiny outback town of Yunta on the Barrier Highway towards Broken Hill where it will be on display from 23 September -27 October. This program will support locally driven activities that engage the community in commemorative events across Australia. The program aims to recognise an individual local hero or community activity linked to the Centenary of Anzac.

Living Memorials will deliver 100 commemorative projects at 100 sites across Australia allowing communities to get involved and commemorate the centenary of Anzac.

Individuals and community groups are invited to nominate projects for consideration. These can be new or existing projects in the community requiring additional support.

Projects may include the restoration of existing Avenues of Honour, the creation of new living memorials such as community gardens or commemorative tree plantings or refurbishment of heritage buildings. Consideration will also be given to community memorials including Memorial Halls and War Memorials requiring support.

All nominated projects will be assessed with priority given to those projects working with the support of the Returned and Services League (RSL).

CVA will manage approved projects including seeking funding to support the project, attracting and training of volunteers and workplace health and safety.

Conservation Volunteers is Australasia’s leading practical conservation organisation and was founded in Ballarat, Victoria in 1982 by Yandoit farmer, Tim Cox, as a small group planting trees on weekends.  It now has offices across Australia and New Zealand, managing thousands of volunteers who help out on dozens of projects each year.

To nominate a project for the Living Memorials program go to the CVA website and complete a Project Nomination Form.  If you would like to sponsor a project please contact CVA’s partnerships team.