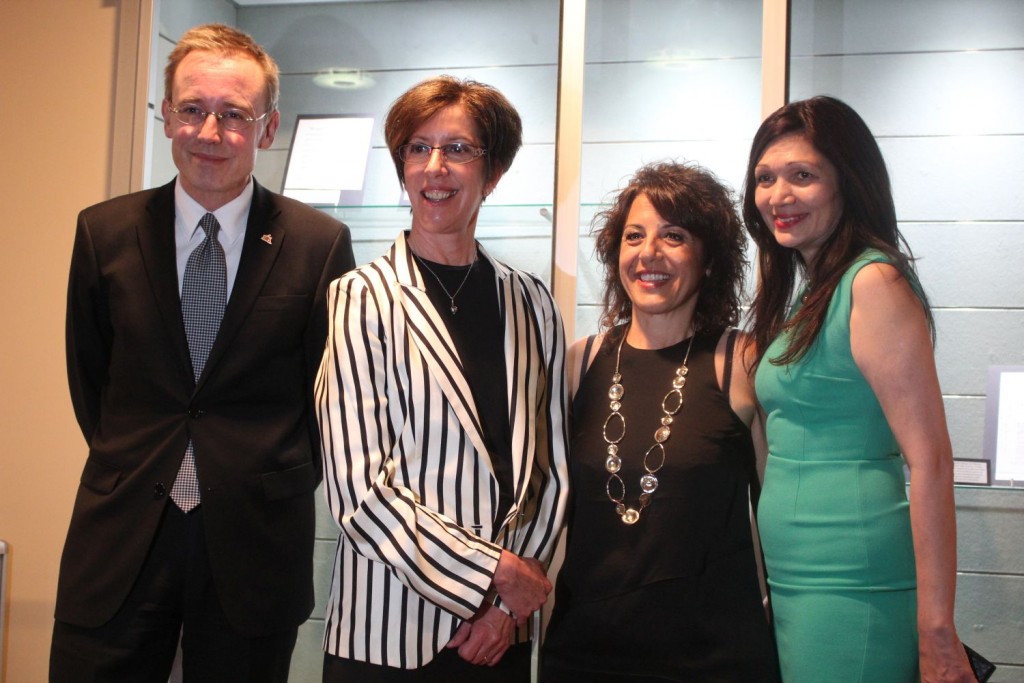 Minister for the Status of Women, the Hon Gail Gago MLC launched a temporary exhibition Her Absolute Right on Friday 5 December at Adelaide Town Hall to mark the 120th anniversary of suffrage in South Australia.

The exhibition outlines the journey to suffrage in South Australia from the late 19th century outlining the key activists involved.  As well as the leading names of Catherine Helen Spence and Mary Lee, the exhibition explores the work of other lesser known suffragists such as Rosetta Birks, Serena Thorne Lake, Mary Colton, Agnes Milne, Augusta Zadow and particularly Elizabeth Webb Nicholls.

On the eighth attempt, after a tireless campaign for these rights through letters, speeches, and travelling throughout South Australia collecting signatures, women gained the right to vote and stand for Parliament in South Australia, when the Constitution Amendment Act was passed on the 18 December 1894. South Australia was the first Australian state to achieve the vote for women.

Newly elected Lord Mayor Martin Haese welcomed the invited guests to the launch party, revealing that his godmother had been Dame Roma Mitchell (1913-2000), considered to be a pioneer in the Australian women’s rights movement.  She was South Australia’s first female judge and Australia’s first female Governor. Among the guests were members of the Woman’s Christian Temperance Union (WCTU), an organisation that played a considerable part in gaining suffrage in the early years.

Curated by Office for Women Policy Officer, Hannah Fairlamb the exhibition is located in the Southern Gallery on the first Floor of the Town Hall and is on until Wednesday 7 January 2015.