On a sunny spring Saturday morning in early September, History SA’s Online Programs curator, Catherine and I attended the launch of a new interpretive sign on the Old Norton Summit Road alongside Third Creek Reserve.

It seemed an odd place to be standing sharing a delicious afternoon tea on a turn around, with the intermittent sound of cars and motorbikes racing past on the twisting road up to the Adelaide Hills. However, this was an important spot in the history of one of our favourite subjects – violets. Or to be more precise Violet Day, that debatable uniquely South Australian commemorative fundraising event, a day of remembrance originally started to honour those who had been killed at Gallipoli in 1915 which continued to be observed in South Australia until 1970.

This year sees the 100th anniversary of the first Violet Day on 2 July 1915.  Several events have taken place already around Adelaide but this was one that recognised the history of the violet farms in the Adelaide foothills that played an important part in not only Violet Day but also South Australia’s commercial flower industry and contribution to local tourism.

Violet Farms were very popular in the period 1910 to 1940. William Walker pioneered violet growing at Magill and Third Creek in the 1890s.  He planted his initial violet farm on Third Creek Road (now known as Old Norton Summit Road) at his property Rockdale, the former Gepp’s Rock Tavern.  Violet growing was continued by his sons Alf and Fred Walker.  Alf Walker established his King Violet Farm near Magill on Third Creek in about 1919. He and his wife Gladys grew violets commercially until about 1958. There was also the Flavel’s Violet Farm at Morialta and the Violet Farm on Third Creek owned by William and Margaretta Jones.

So we gathered around the new interpretive sign on the banks of Third Creek to witness its unveiling by Dr Geoff Bishop of the East Torrens Historical Society and Adelaide Hills’ Deputy Mayor Jan Loveday who both gave fascinating talks about the history of violet farms and the project itself.

The Mayor of Adelaide Hills Council, members of the Burnside Historical Society, and Walker and Jones’ family descendants were also present as well as local residents who had played a part in clearing and replanting the area as well as keeping a look out for unwanted visitors.

This is an example of a lovely collaborative community project between the Old Norton Summit Community Group, the Historical Society of SA, East Torrens Historical Society and the Adelaide Hills Council. We hope the homemade scones and jam offered to past tourists who arrived by charabanc or the Magill tram, were every bit as lovely as those provided at the launch.

More photos of the launch here 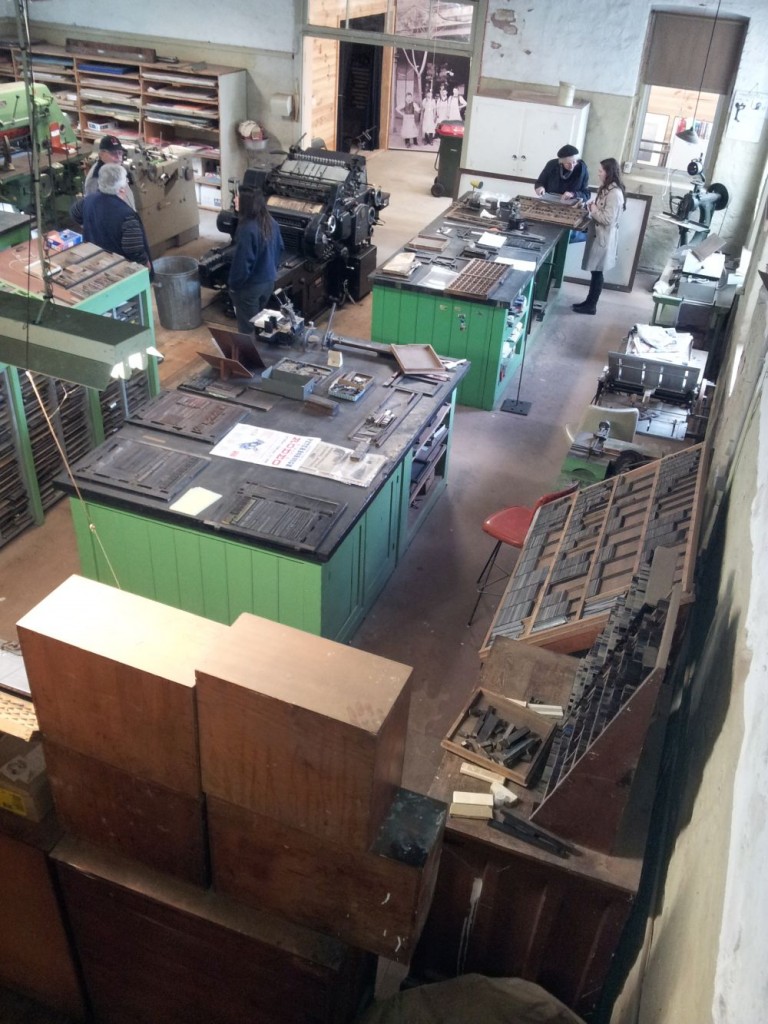 The South Australian mid-north town of Peterborough is well known as a railway hub – the place where three railway gauges came together opening up the railways in the region and adding greatly to the ability of local farmers to get crops to ports.  But Peterborough has another claim to fame and last week Amanda got to visit the Print Shop Museum again, after first visitng it eight or nine years ago. Travelling with Karen we headed up via Burra to do some hands on work with the Peterborough History Group who manage the print shop site and collection.  The print shop operated continuously for more than 100 years and along with the machinery, printing plates and type face sets are a huge collection of ‘job dockets’ – a pristine record of everything printed for many decades dating from the 1920s.  Records prior to that time were lost in a fire in the first part of the 20th century.

The Peterborough History Group has been working hard for a long time now to get ready to tackle the enormous task ahead – on the advice of a preservation study by Artlab they are commencing rehousing all the job dockets, storing the envelopes, which contain provenance information, separately from the contents, and it is this task that we went to help with.  Over the last few years the History Group has sorted the dockets by year and identified up to an extraordinary 8,000 jobs per year (do the maths – that’s a lot of items over six plus decades!)  Amazingly the History Group is not phased by this but are determined to eventually rehouse them all.  Over two days we worked on establishing a process for tackling the collection, numbering system, and the best quality but affordable solutions for storage.  In a production line style solution items are being catalogued, scanned, rehoused and entered onto the MOSAiC database, doing all the tasks at once to minimise handling of items while trying to maximise efficiency.  When done the collection will form an extraordinary research resource – a complete look through print into the history of the growth, decline, business and social goings on in a town and region so important to South Australian history.

You might think this project is enough for any group, but Peterborough History group also run an active research centre, adjacent to the print shop museum, are working towards an interpretation space at the rear of the print shop, getting some of the machinery back to working order (and learning how to use it for special print jobs), and maintaining other collections of local history (archives and objects), much of which is displayed in the former YMCA building. 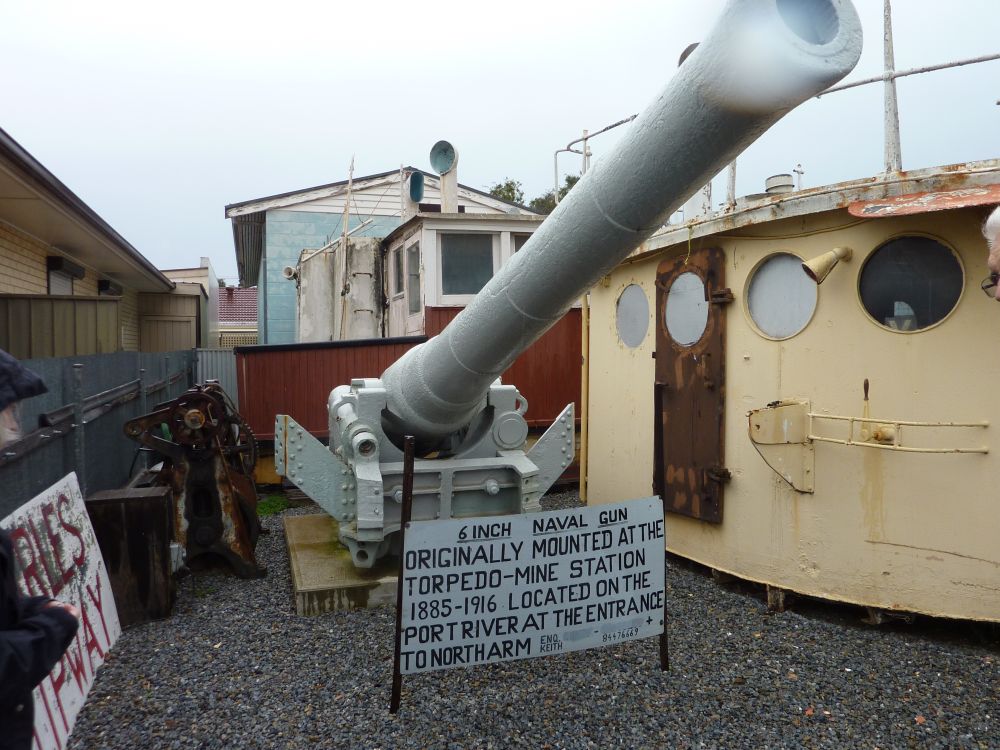 Tucked away in a residential street in Birkenhead is an interesting maritime themed museum. After hearing about Austbuilt Museum over many years, Amanda finally got to visit it. The Austbuilt Museum is the result of one man’s passion for collecting ‘Australian made’ maritime objects. Over decades Keith Le Leu collected from around Australia and internationally, housing the collection in several buildings. After Keith passed away the Port Adelaide Historical Society (PAHS) took over the running of the museum. The PAHS has other interests too, with a history room and archival collection to manage along with historical talks and tours – running a museum is a new venture for the group. One of the things that PAHS is interested in doing is adding more of a Port Adelaide focus to the collections, branching out from the maritime theme to develop a collection that more fully encompasses the aims of the Society. Lots of work ahead!