We are pleased to announce that through History SA’s Community Museums Program (CMP) grant fund 29 projects have been supported for 2016, totalling $148,177.

History SA received 43 applications from 29 museums in the 2015-16 CMP annual grant round which closed on 15 September.

The majority of projects funded were for new or stage two interpretive projects, for example, for the South Australian Police Society Museum’s display to celebrate the 100th anniversary of the introduction of women police in South Australia; the City of Holdfast Bay’s upgrade to the exhibition in the historic Glenelg Air Raid Shelter and to assist the recently registered Mary Mackillop Museum’s to develop their new displays. There were also a number of cataloguing projects such as at Lock & Districts Heritage Museum and Crystal Brook Heritage Centre; as well as funding to build new storerooms or shelving and equipment. Barossa Museum, for example, will be able to purchase a new fire proof safe for their significant documents and collection items; Beachport Museum’s volunteers will benefit by the purchase of lifting and moving equipment while Hahndorf Academy purchase and install new storage shelving. Both Cobdogla Irrigation & Steam Museum and Prospect Hill Historical Museum will be able to create their new storerooms. Digitising projects were also popular and History SA will be funding scanning equipment for the South Australian Aviation Museum and Port Pirie Museum and we look forward to Ayers House Museum’s proposed new Mobile Digital room guide with CMP funding support. Two History Festival bus tours will also go ahead in May as a result of CMP funding for Brinkworth Historical Reserve Museum and Gawler National Trust Museum.

We have also enabled two organisations this year to take advantage of our professional services along with funding to assist their proposed projects. We will assist both Mount Gambier National Trust and newly registered Port Milang Historic Railway Museum to develop interpretation plans and establish firm foundations for the years ahead. 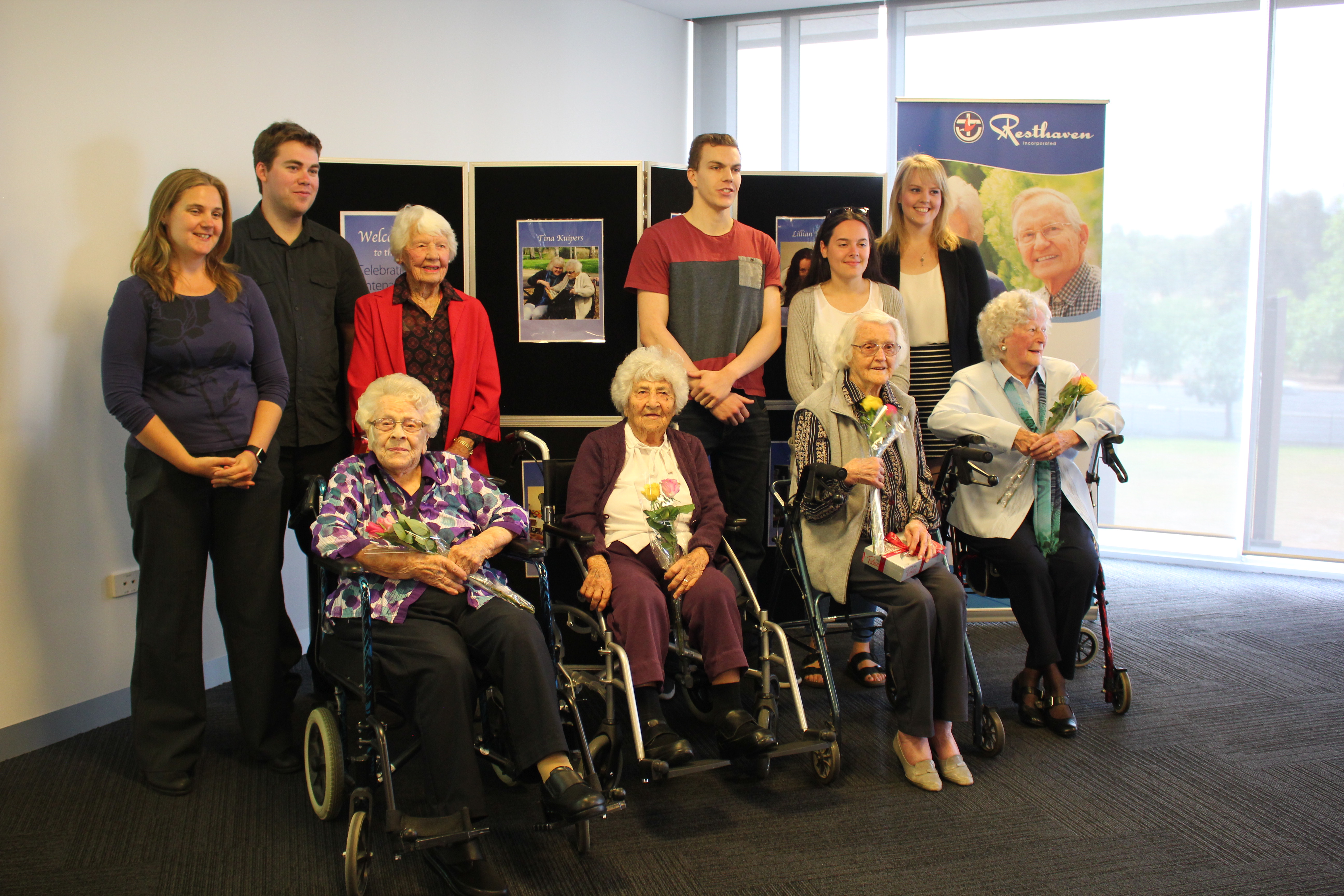 A series of short films ‘Celebrating Centenarians’ was recently launched by Resthaven Inc, the South Australian aged care community service of the Uniting Church in Australia.

Aiming to celebrate the stories of people aged 100 years and over, this collaborative project between Resthaven and the University of South Australia was funded through a ‘Positive Ageing’ Grant, from the SA Health’s Office for the Ageing. This grant program supports the State Government’s vision to bring the community together to create an all-ages-friendly state as outlined in Prosperity Through Longevity: South Australia’s Ageing Plan, Our Vision 2014-2019.

UniSA students of multimedia and journalism interviewed and filmed seven centenarians who are part of Resthaven’s community, recording ‘essence of life’ stories.  The stories aimed to reflect each person’s humanity and humour, and words of wisdom about longevity.

History SA was proud to be involved in the early stages of the project, when Resthaven’s Public Relations Manager, Julie Johinke and Service Development Manager, Lynn Openshaw met with History SA’s Community Engagement Senior Curator, Allison Russell and Community History Officer, Pauline Cockrill for advice on possible themes and where to start.

Pauline was delighted to attend the launch on 27 November at Resthaven’s brand new headquarters on Greenhill Road, next to Annesley College.  The student filmmakers plus five of the seven ‘stars’ of the films along with their friends, family and Resthaven staff as well as representatives from the project partnerships were at the launch.  The series of films plus a film of the films being made were enthusiastically viewed followed by afternoon tea.

Certainly judging by the emotional response at the launch, this outcome looks to being successfully achieved.

The 8 videos are now available on You Tube here

This film project coincides with Resthaven’s 80 years of service to older people in South Australia. The organisation was originally established by the Methodist Church and dates back to 1935 with the official opening on 11 May of that year of a ‘Home for elderly ladies’ at Brighton, known as Rest Haven.