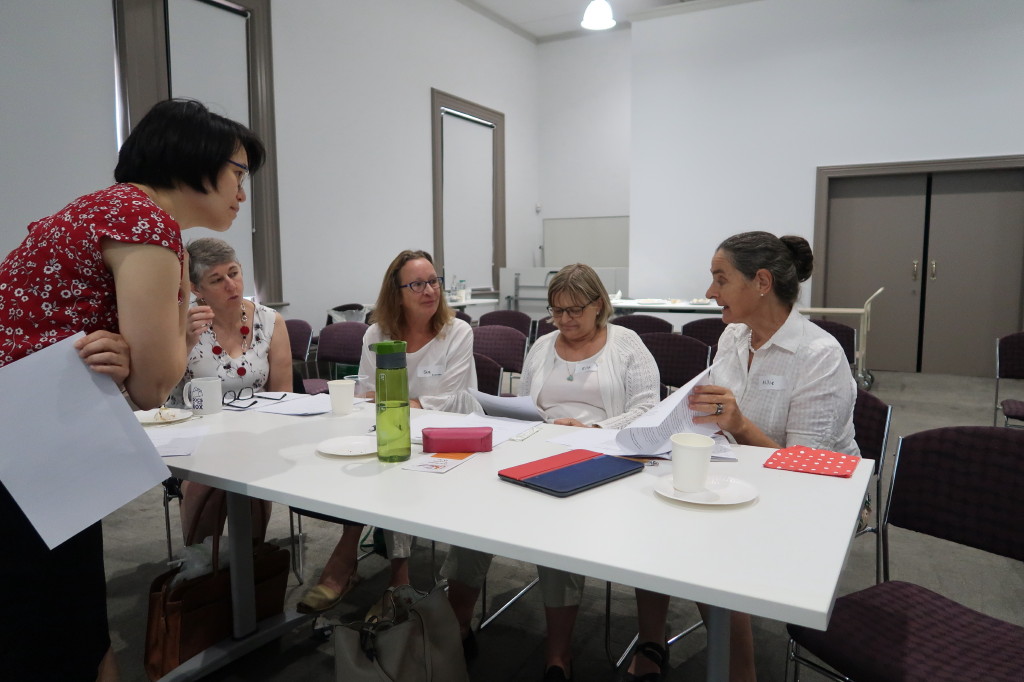 Around ten participants gathered in the Hetzel Theatre at the State Library’s Institute building on Monday 18 February eager to learn about Ethical Storytelling. It was Oral History Australia (SA/NT branch)’s first workshop for the year, and the beginning of a very special year for the organisation, being its 40th anniversary.  Catherine and I from the were amongst the attendees of the workshop which was led by freelance Adelaide-based writer May-Kuan Lim.

Many of us were working or had worked on projects that involved interviewing people and telling their stories, sometimes poignant, sensitive stories – to relay in a publication, website or exhibition. How can we ensure we do this ethically?

With the help of a power point presentation as well as some sample published passages to provoke small group discussion before reporting back to the main group, May-Kuan guided us through the duty of the writer and oral historian.  We considered what made a good story as well as the ideals in relation to the subject before outlining the process for fact finding, and what one should bear in mind when searching for the story.

May-Kuan recommended that we should always have in our minds when telling a story ‘Would I want myself/my children portrayed in this way?’  Her main take away message was that it should always be ‘people before projects’.

May-Kuan graduated in Computer science from the University of Melbourne. She was working as a broadcast engineer in a small regional TV studio in Sarawak, Malaysia in the late 1990s when she realised she would rather be writing stories than broadcasting them.  Since 2010 she has been teaching part time at Port Adelaide TAFE. Many of her students were former refugees and she was drawn to their stories particularly in light of the then current boat arrival debate. She started interviewing and writing refugee stories to try to understand why people fled and what life was like for them now.  Her book ‘Australia: Island of Refuge’ was released serially online from 1 March. Her presentation also drew on her experience helping her father write his life story, Fish in the Well: A memoir of faith and aspiration in which he recalls his early years around the Malaysian tin-mining town of Ipoh, and his search for a way out of poverty.